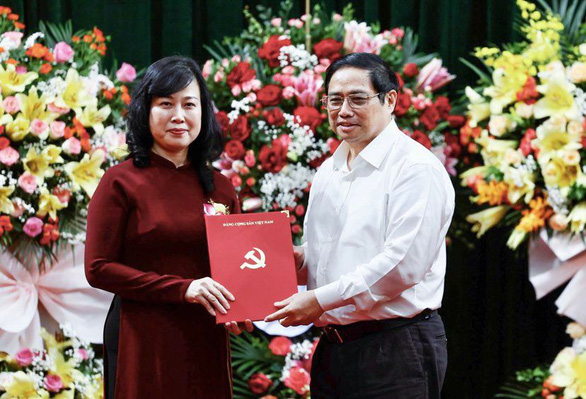 PM Chinh handed over the decision to Lan on Friday morning, which means her duty as an acting health minister took effect on the same day, a source told Tuoi Tre (Youth) newspaper shortly after.

The new appointment came a month after the former health minister, Nguyen Thanh Long, was removed from his post and arrested early in June for his involvement in Viet A Technology Corporation’s gouging of COVID-19 test kit prices.

She obtained a master’s degree in economics and once worked as Deputy Minister of Labor, War Invalids, and Social Affairs and the secretary of the Bac Ninh Province Party Committee for the 2020-25 term, according to the Communist Party of Vietnam magazine.

Lan is the only top leader of the Ministry of Health after her 14 predecessors since 1945 not to have medical experience.

The Vietnamese government’s current term includes one female minister and one female head of a ministerial-level agency besides Lan -- Minister of Home Affairs Pham Thi Thanh Tra and Governor of the State Bank of Vietnam Nguyen Thi Hong.