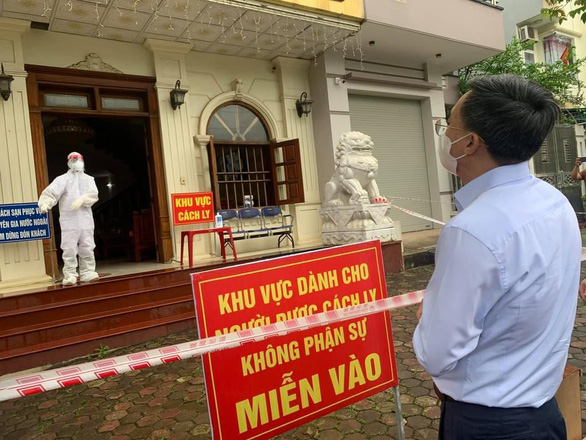 The Indian variant of the novel coronavirus has been detected for the first time in Vietnam after a hotel employee was found having contact with experts from India before being confirmed as a COVID-19 patient last month.

Four Indian experts carried the B.1.617.2 mutant strain, which has been raging in India for the past several weeks, when they were quarantined at a hotel in northern Yen Bai Province, according to genome sequencing at Vietnam’s National Institute of Hygiene and Epidemiology, which was announced by the Ministry of Health on Friday.

The four were confirmed as COVID-19 patients on April 18, 21, and 23, the Ministry of Health said in a report.

They had been quarantined at Nhu Nguyet 2 Hotel in Yen Bai since their arrival in Vietnam by plane on April 18.

The health ministry recorded another patient who is a Nhu Nguyet 2 employee on April 27.

The staff had come into direct contact with the four Indians.

All the five patients caught the same B.1.617.2 lineage, according to the National Institute of Hygiene and Epidemiology’s genome sequencing.

Experts have said there is no indication of the Indian variant having heightened virulence.

This is the first time Vietnam has ever identified the ‘double mutant’ Indian variant of the coronavirus that causes COVID-19.

The Indian variant is believed to be more transmissible – the characteristic of the UK mutant – and to lessen the efficacy of COVID-19 jabs – typical of the South African mutation. This explains its ‘double mutant’ label.

Vietnam detected the first case of the mutant, a patient returning from the UK, on January 2.

The South African strain was first discovered in South Africa in December 2020. Vietnam recorded the first known case of the variant on January 31.

The SARS-CoV-2, the official name of the novel coronavirus, has mutated for thousands of times since it first emerged in China in December 2019, the health ministry said, adding that most catching the UK, South African, Brazilian, and Indian variants.

Vietnam has not yet recorded any case of the Brazilian mutation.

The Southeast Asian country announced the first six local infections in over a month on Thurday, according to the health ministry’s data.

It confirmed seven additional domestic cases on Friday and another three on Saturday.

The ministry has registered 2,942 coronavirus cases, including 1,587 community transmissions, as of Sunday morning.

Recoveries have reached 2,549 while 35 patients have died so far, most having suffered critical comorbidities.