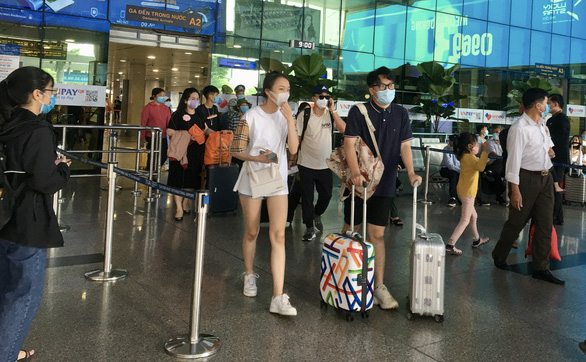 Vietnam announced 45 coronavirus cases, including six locally-transmitted infections, on Thursday after having gone over a month without detecting any community-based transmission.

Six of the new cases were domestic transmissions,the Ministry of Health said in a report.

The source of infection is believed to be patient No. 2,899, who was diagnosed on Thursday.

He landed in Da Nang on board flight VJ3613 from Japan on April 7 and was sent to centralized quarantine upon entry.

The patient finished his quarantine on April 21 after having tested negative for the novel coronavirus three times.

He left Da Nang on April 21 and came home in northern Ha Nam Province on April 22.

Two days later, he coughed, ran a fever, and had a sore throat before testing positive for the first time in the province on Wednesday. His retest returned positive in Hanoi one day later.

His parents, wife, and daughter were diagnosed with COVID-19 on Thursday.

Another man who lives in Ho Chi Minh City and had come into close contact with him was also confirmed as a coronavirus case the same day.

Thirty nine of the 45 new cases were imported from Poland, the Philippines, Indonesia, Japan, India, and Russia, according to the health ministry.

Among these patients were two Indian experts who arrived in Vietnam on April 24 before testing positive on Thursday.

All 39 had been quarantined since their arrival in the country earlier this month, the health ministry noted.

Vietnam has recorded 2,910 COVID-19 patients, including 1,577 locally-transmitted cases, since the pathogen first struck the nation on January 23, 2020, according to the health ministry’s data.

Recoveries have reached 2,516 while 35 patients have died, most having suffered critical pre-existing conditions.

Health authorities have warned of a possible fourth wave of infections in Vietnam as the virus is taking a toll on its neighbors Cambodia, Laos, and Thailand.