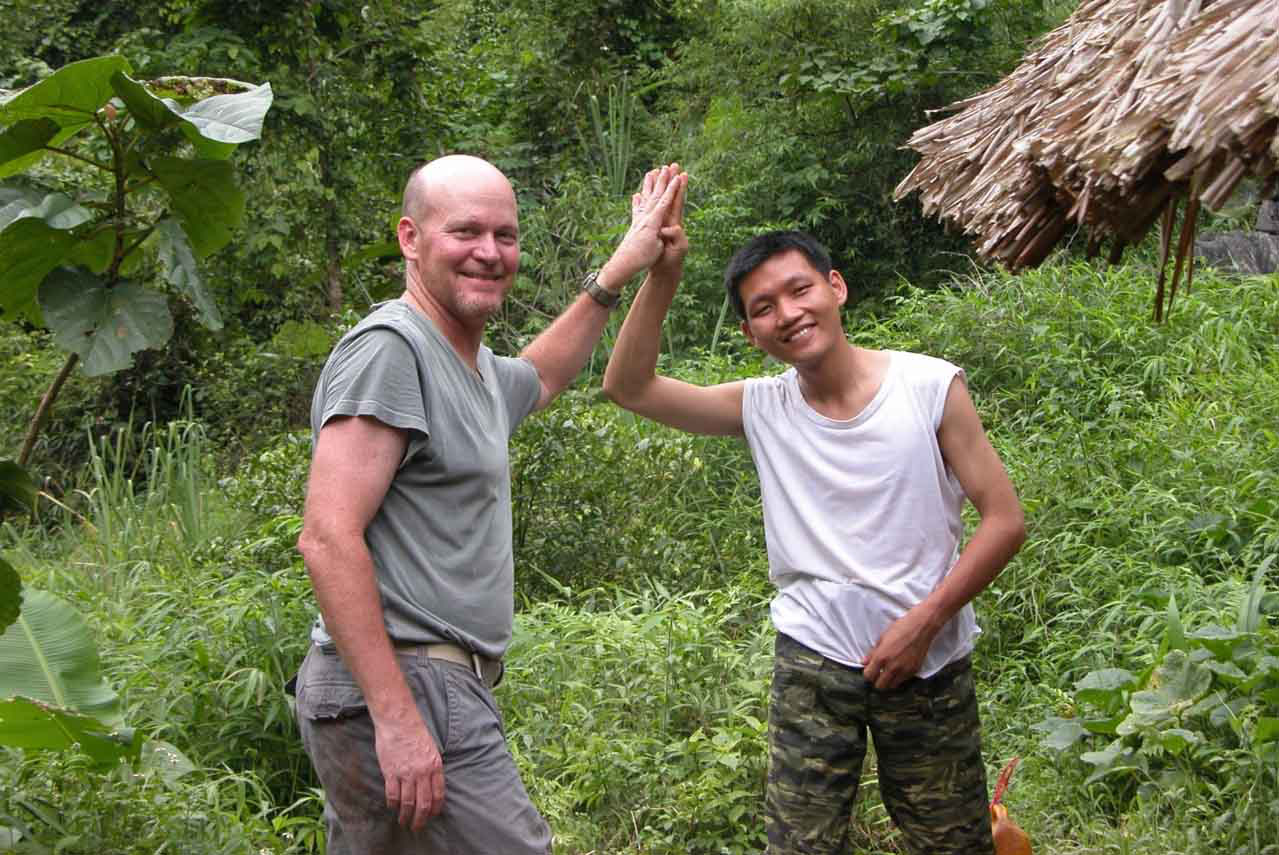 25 years of Vietnam-US diplomatic relations — Part 3: The ‘ambassadors’ of education

U.S. Senator William Fulbright founded the Fulbright Scholarship to promote education as the best way to improve international relations. This tenet of relationship building was a major asset to the resumption of Vietnam-U.S. relations during the post-war years.

Professor Herbert Covert of the University of Colorado was one of the first 'education ambassadors' of the Fulbright Scholarship Program since the official establishment of diplomatic relations between Vietnam and the U.S. in 1995.

Bonded through passion for science

As a Fulbright Scholar, Covert visited Vietnam twice in 2001 and 2009; however, his experience with Vietnam dates back further than that.

He previously collaborated with Vietnamese scholars at the University of Science (HUS) under the Vietnam National University, Hanoi and the Institute of Tropical Biology to survey and conduct research on multiple national parks and nature reserves in Vietnam.

According to Covert, when he first arrived in Vietnam in 1998, the country was still seen as an 'enemy' with an opposing political system and doctrine in the eyes of the American public.

Yet during his time in Vietnam, he was greeted with overwhelming hospitality by the locals, notably his colleagues at HUS.

The American scholar was deeply humbled by the genuine sense of community he felt as they were all interconnected by their shared affinity for science.

This kind of connection left him with a sense of belonging in Vietnam, a place halfway across the globe from his home.

Covert still remembers in vivid detail the emotion he felt when spotting a snub-nosed monkey, a critically endangered species in Vietnam 16 years ago.

It was a chilly morning in June when Covert went on a quest to study the surviving primate populations endemic to the rainforests of northwestern Vietnam.

Leading the way into the forest was his student, Dr. Le Khac Quyet — who later became the director of the Center for Biodiversity Conservation and Endangered Species.

At the momentous sight, Covert was told by Quyet he was the first foreigner to witness this rare species in the wild.

According to Covert, academic cooperation is one of the determining factors that brought the two countries closer, while also offering unique opportunities and insights to scholars from both sides.

In his 20 years of traversing his way between Vietnam and the States, Prof. Covert has cultivated rich and enduring friendships with local scholars, many of whom have become the vanguards of nature and biodiversity preservation in Vietnam.

One of Prof. Covert’s friends, Tran Duc Canh, stands out as a shining example.

Canh is currently a member of the National Council for Education and Human Resources Development for the period of 2016 to 2021.

Born in Khanh Hoa, he moved to the United States in 1975 at the age of 19. Canh dabbled in a variety of professions from aviation engineering to economics and labor economics, but he later found his calling in a human resources development career.

With the new role, Canh worked in public administration in the government of Massachusetts, handling multiple responsibilities such as social security, food and housing security, job creation, and human resources training.

In the past few years, he has emerged as a major figure paving the way for education exchange between Vietnam and the U.S.

But it was not always so easy.

“As the two countries had not yet set up relations, [we] had to rely on a private intermediary via Harvard University to legitimize an American program for operation in Vietnam,” Canh recalled the first days when working groups were advocating for the foundation of a Fulbright program in Vietnam.

The reconciling effects of education have also been felt by former Vietnamese Ambassador to the United States Nguyen Quoc Cuong.

Cuong was in office from 2011 to 2014 as the fourth ambassador of Vietnam to the States in the post-war era. He is also the first Fulbright alumnus to be appointed ambassador.

Since 1992, the Fulbright Scholarship has been awarded to some 600 Vietnamese citizens, many of whom are undertaking core leadership roles in government agencies, research institutions, state-owned enterprises as well as private entities in Vietnam.

“Generally speaking, the cooperation programs in education and health between the two countries since 1990 are regarded as a pivotal leap achieved through the channel commonly called public diplomacy, which helped break the ice and dismantle skepticism, bringing the two sides to a complete establishment of diplomatic relations in 1995,” Cuong said.

During his tenure as Vietnam's ambassador to the U.S, the country hosted approximately 16,000 Vietnamese who came to pursue studies in various states and cities.

The figure has nearly doubled to 30,000 in the last five years, making Vietnam the largest nationality group among Southeast Asian students in America.

“This force of students, as well as Vietnamese students in many other countries all over the world, is a principal resource for the development of our country in the future,” Cuong concluded.

Nguyen Thi Thu Thao, lecturer at the Vietnam National University, Hanoi, is the pioneering figure who laid the groundwork for the Vietnamese language program at the University of Notre Dame in Indiana.

The curriculum started from a request by Notre Dame to the Fulbright Program as the Institute of Asian Studies saw a growing number of Vietnamese-American students, according to Thao.

Besides her job of teaching Vietnamese at Notre Dame, the Hanoian lecturer also gives Vietnamese lessons at a local elementary school, where many children of impoverished families attend.

She teaches the children the basic greetings and banter in Vietnamese, reads them Vietnamese folk tales, and introduces them to the 54 ethnic groups living in the Southeast Asian country.

“[The information] might stay in their head for just a short while. Children are inherently absent-minded. But the positive impression will stay for good, which will build up an affinity and help people be more intimate with one another,” Thao said.