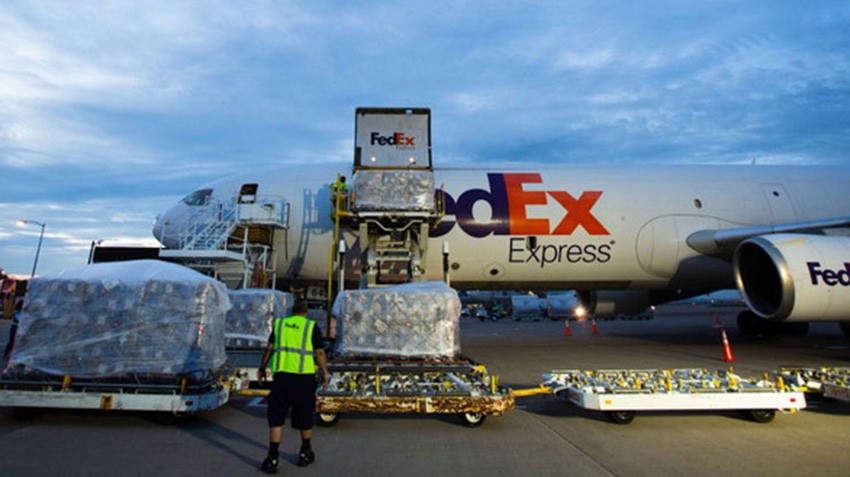 Vietnam and the United States are celebrating 25 years of diplomatic relations at the peak of the harrowing novel coronavirus disease (COVID-19) pandemic. The circumstances, in turn, have attested the potency of the Vietnam-U.S. partnership as well as the giant steps that both countries have taken.

Despite the gloomy outlook that the COVID-19 pandemic imposes on global trade in the first few months of 2020, it also gave rise to unprecedented business opportunities that reward players with enough market savvy — to which the story of Vietnamese firm Dony Garment Co. Ltd. stands as a case in point.

As a small garment manufacturer, Dony took account of the situation and made the switch into fabric face mask production from the outset of the pandemic, which helped it land a mask production deal with tactical gear distributor Security Pro USA, who reached out to the Vietnamese company in the wake of DPA enactment.

Al Evan, founder and director of Security Pro USA, said he favored working with Dony as the company delivers on time and keeps good communication.

While many domestic firms find it hard to handle businesses with U.S. partners, Phan Quang Anh, CEO of Dony, begs to differ.

“When it comes to American partners, [we] simply need quality products with adequate certifications and a reasonable price. The rest is simple to work out," Anh said.

"Although the U.S. market presents tougher pricing competitions compared to other markets, there would be no further inquiry as long as [we] fulfill all the criteria,” he explained.

According to Anh, partnerships with U.S. firms boast certain leg-ups in terms of buying power and commerce feasibility compared to those of other markets — from transnational logistics, shipping to payment.

Dony is also one of the Vietnamese firms that joined forces to donate medical equipment to the U.S. in an initiative started by the Vietnam Chamber of Commerce and Industry (VCCI) on June 5.

Nevertheless, their donation is not exactly a match to the tally of humanitarian effort committed to Vietnam by the U.S. government since the normalization of diplomatic relations between the two countries.

Dony’s mask bundle was rather seen as a “homegrown gift” paying homage to America, according to Anh.

They owe their recent success greatly to the U.S. government’s policy of open border for freights during the pandemic.

The fulfillment of the pivotal U.S. orders has served as Dony’s stepping stone to a range of new linkages with partners from all over the world.

Razzi Yahyapour, co-owner of American sportswear supplier Toop Sport, said they entrusted Dony with the production of their first-ever face mask line as the brand was attempting to branch out from their staple of sports garments.

Being a long-time partner of Dony, Toop Sport was also one of the few that was still placing orders, considering the demand for face masks was past its peak while the market's desire for regular garments had not yet picked up.

According to Phan Quang Anh, save for the domestic orders, Dony only tended to two large-scale commissions from partners in America and Cambodia.

“I think we need to do something to support them,” Nguyen Thu Thao, Ha’s friend and fellow member of the Vietnam-U.S. Alumni Club (VUSAC) in Hanoi, said on the other end of the line, referring to the American people scrambling against the atrocities wreaked by the COVID-19 pandemic.

Ha and Thao work as core members of VUSAC Hanoi, a society of Vietnamese alumni who once spent their years studying in the U.S.

At the time, the United States reported over 560,000 cases of the respiratory disease and more than 22,000 COVID-19 deaths, a figure that was rising every day at an alarming rate.

The plan went well beyond expectations with the donation goal met in just one week.

The majority of donors were Vietnamese alumni of U.S. schools along with their families as well as those who have friends living amid the public health upheaval in the States.

“Money was no longer the utmost goal. What we wanted was for the campaign to leave a great impact and to get as many people to join our cause as possible,” Thao said.

“There were donors who had never set foot on America but have read about and formed their own vision about the country. As our message was spread, they felt the immediate urge to contribute,” she added.

“There were also the enterprises who had never engaged in the [American] market but were willing to shell out tens of millions of Vietnamese dong [VND10 million = $430] with no incentive of public acclaim,” Thao said.

“There were even some who were in difficult circumstances themselves who had to live off donations during the social distancing period, yet agreed to allot parts of the money [they had received] from benefactors to donate to our humanitarian cause,” she continued.

When starting this cause, the U.S. alumni community in Vietnam could not have predicted a whopping 900 individuals would stand behind their initiative, sending acts of empathy and consolation to fellow humans living on the other side of the Earth.

Over VND1.2 billion ($51,785) were gathered after two weeks, which was equivalent to 300,000 face masks. The remaining challenge was to send those masks to the U.S. since the shipment costs would be tantamount to the value of the freight itself.

Bothered about the issue, Thao was told by an acquaintance that the Vietnam Red Cross Society was preparing to send a humanitarian aid package to the States.

Since the revelation, it did not take long for the three parties — VUSAC, the Vietnam Red Cross Society and the American Red Cross, which was the aid recipient — to reach a consensus, in which the American counterpart would pay for the shipment of the aid package.

Customs clearance procedure, which normally takes months, was streamlined to a few days thanks to the support of Vietnam’s Ministry of Foreign Affairs and the Government Office.

On May 6, 300,000 face masks from VUSAC and 100,000 masks from the Vietnam Red Cross Society were sent en route to America using air cargo service provided by FedEx.

There was a dynamic of special affection between Vietnamese and Americans that shines through even in the direst times of war, according to Thao.

“It was one of the reasons that helped curtail the war. In the later years [after the war], the factor of public diplomacy continued to catalyze the advocacy for normalization of diplomatic relationship between Vietnam and the United States,” she added.

As the U.S. remains the world’s fervent COVID-19 epicenter for the time being, the bilateral bond is highlighted more than ever, not only in mutual trust but also in acts of sympathy that resemble ones towards a friend in distress.

“That is what motivated us to establish the cause and strengthen the bond between the people of Vietnam and the U.S.,” Thao said.

On March 27, the U.S Department of State pledged $274 million in emergency health and humanitarian assistance to help countries respond to COVID-19. Vietnam was listed among 64 beneficiary countries of this package.

According to Greene, shortcomings in resources and budget demand were putting up challenges in many other countries.

In the case of Vietnam, obstacles would be met in terms of ensuring rural and remote areas the opportunities and support for development, which set the rationale for the U.S investment.

Greene also voiced belief in the established partnership that underpinned the work of USAID in Vietnam: from enhancing economic administration, improving health and postgraduate education to promoting environmental protection, ensuring sustainability for natural resources with regard to the long-term development of Vietnam.

USAID and other U.S. agencies in Vietnam were cooperating to respond to the pandemic situation in Vietnam, which in turn brought the two countries closer, Greene concluded.