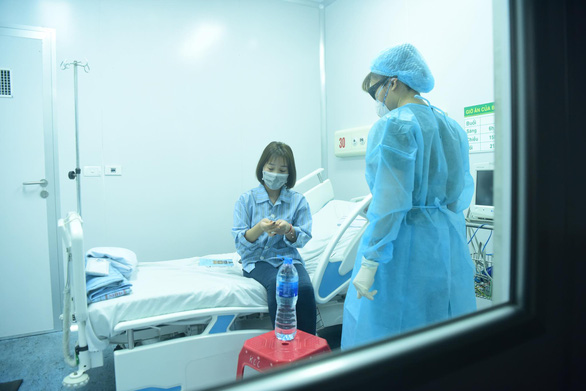 Number of novel coronavirus-infected cases mounts to 10 in Vietnam

The tenth confirmed novel coronavirus infection in Vietnam was announced by the country’s Ministry of Health on Tuesday afternoon.

The patient is a family member of Nguyen Thi D., a 23-year-old woman from the northern province of Vinh Phuc, who was the sixth confirmed case in Vietnam.

D. was among an eight-people group that recently returned to the Southeast Asian country after having attended a vocational training program in the central Chinese city of Wuhan, the epicenter of the viral outbreak.

Five of the eight group members have been confirmed with the novel coronavirus infection.

D. showed the first symptoms of the viral infection on January 25, after she had interacted with many family members and relatives since her arrival in Vietnam on January 17.

As D. was quarantined and sampled by the National Institute of Hygiene and Epidemiology, those who had been in close contact with her, including the tenth patient, were also monitored and sampled.

This tenth patient is only the second case of the viral transmission between family members recorded in Vietnam, after a Chinese visitor spread the disease to his son during their stay at a hotel in the south-central city of Nha Trang.

The novel coronavirus, which first surfaced in the Chinese city of Wuhan in December 2019, has caused 427 deaths, including two outside of mainland China, and infected more than 20,600 people in 24 countries and territories as of 4:00 pm on Tuesday, according to South China Morning Post.