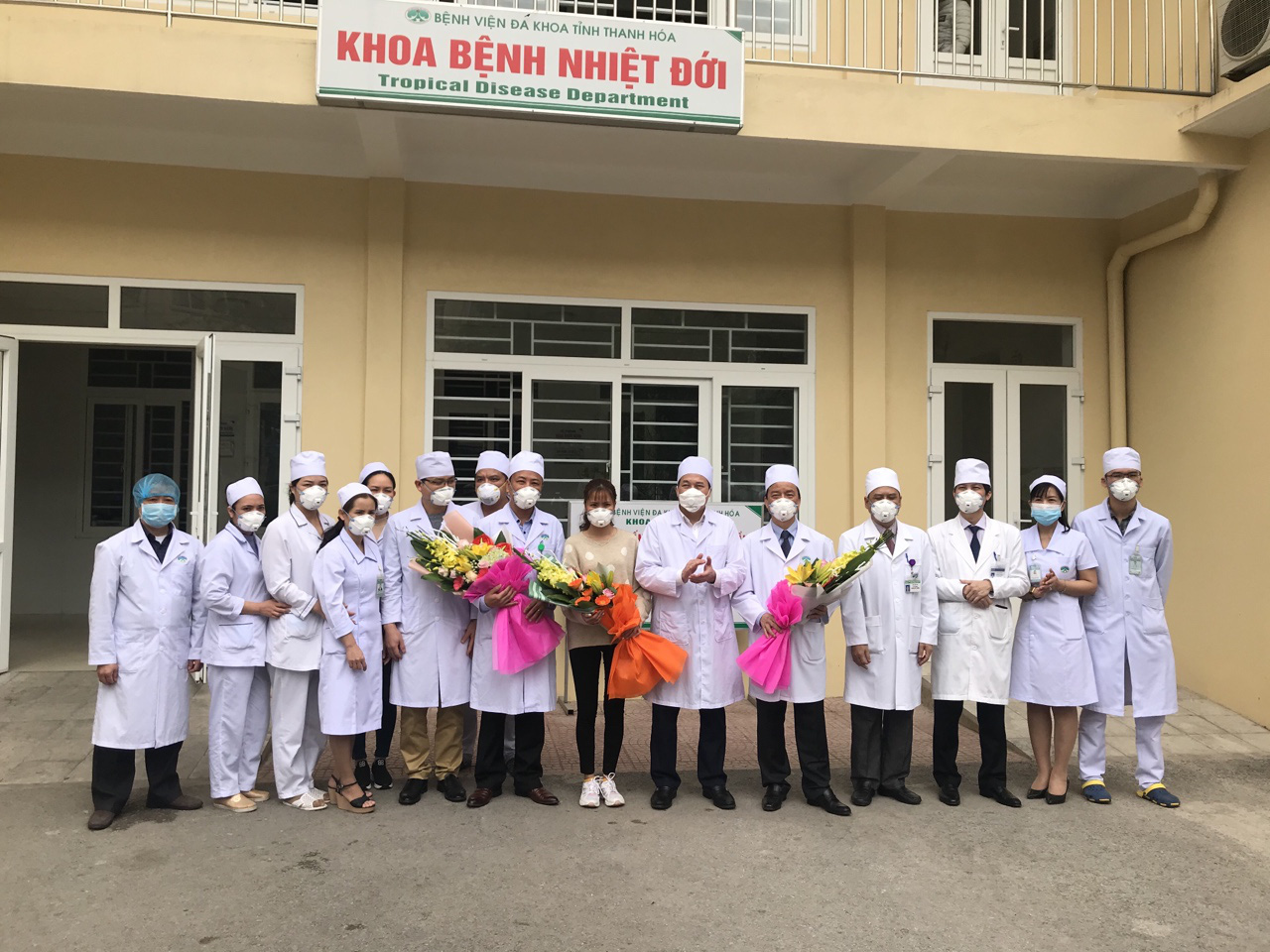 A Vietnamese woman has become the second patient to be cured of pneumonia caused by the novel coronavirus (nCoV) after being treated at the hospital in her hometown, located in the north-central Vietnamese province of Thanh Hoa.

Doctors have performed two tests on T. and the results all showed that she is no longer infected with the virus.

As the patient has not showed such symptoms as a fever, coughing, or a tightness in the chest for the past five days, she was discharged on Monday.

Her treatment was for free.

T. was among a group of nine workers of Nihonplas Company who were previously sent to Wuhan, China for a two-month training program.

Upon T.’s arrival at Noi Bai International Airport in Hanoi on January 17, she was picked up by her company’s bus to its headquarters in Binh Xuyen District, located in the northern province of Vinh Phuc.

T. traveled to the Giap Bat Bus Station located in Hanoi’s Soc Son District to catch a passenger bus to go to her hometown on January 23.

She traveled a total distance of 214 kilometers and arrived at her home at 6:00 pm on the same day.

Four hours later that day, T. showed the first symptoms of the nCoV infection and was taken to the General Hospital of Yen Dinh District at 1:00 pm on January 24, before being transferred to the department for tropical diseases at the Thanh Hoa Province General Hospital.

The novel coronavirus, which first surfaced in the Chinese city of Wuhan in December 2019, has caused over 360 deaths and infected more than 17,380 people globally as of Monday.

Vietnam has confirmed eight infections so far, including five Vietnamese, one Vietnamese American, and two Chinese.

Aside from T., one of the Chinese patients has also been cured at Cho Ray Hospital in Ho Chi Minh City.