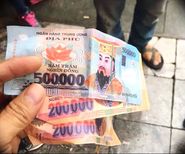 The cycle rickshaw driver denied the allegation, saying he had always earned honest pennies in his career

The ending to a year-long quest to bring home a rickshaw, thought to be gifted by a Vietnamese king to his mother, is not exactly a happy one

Royal rickshaw comes home, to be displayed in central Vietnam

A rickshaw which belonged to a king of the Nguyen Dynasty (1802-1945), Vietnam’s last monarchy, has finally arrived home after some 100 years being away and will be put on display in the central region next week as a happy ending for insiders’ unprecedentedly concerted efforts

Unprecedentedly, a rickshaw which belonged to a king of Nguyen Dynasty (1802-1945) - the country’s last monarchy- is on its way back home thanks to Vietnamese cultural authorities’ perseverance in persuading a French museum’s leader following an auction in mid June 2014, Hue Monuments Conservation Center announced on Thursday. 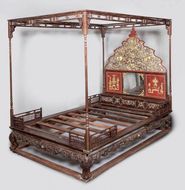