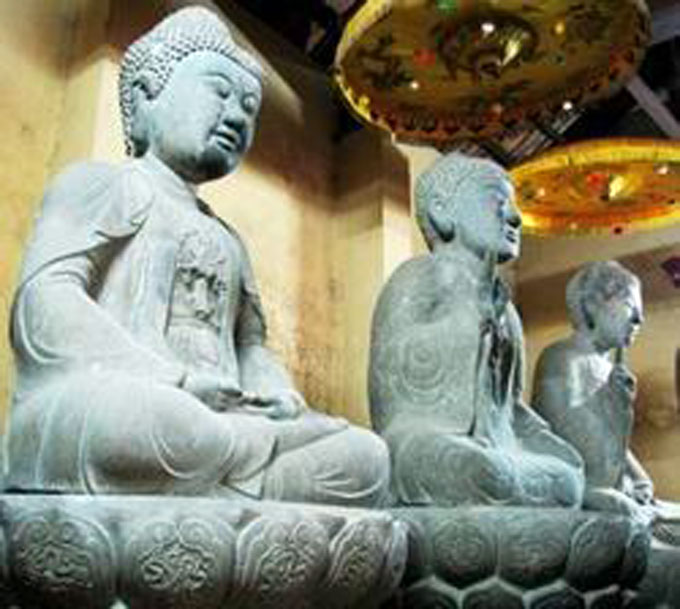 Some of the 37 new national treasures are as follows:

1. The Hung Temple bronze drum, which is typical of Dong Son culture (700 BC – 100). The drum is being kept at Hung Temple Historical Relic in Viet Tri city in northern Phu Tho province.

2. Cam Giang 1 bronze drum, which belongs to Dong Son culture. The drum is being preserved at the Thanh Hoa province museum.

3. Viet Khe tomb boat, which is a sophisticated form of burial among ancient Vietnamese people and also belongs to Dong Son culture, is currently kept at the National History Museum.

5. The set of bronze buckles, of Dong Son culture, is being kept at Hung Temple Historical Relic in Phu Tho province.

8. The stele at Bao Ninh Sung Phuc Pagoda, of the Ly dynasty, currently kept at the pagoda in Tuyen Quang province

10. The stele at Sung Khanh Pagoda, of Tran dynasty, currently kept at the pagoda in Ha Giang province

11. The “Vuon xuan Trung Nam Bac” (The spring garden in the northern, central and southern region), a masterpiece by Nguyen Gia Tri, one of the country’s prominent artists. The painting is currently being kept at Ho Chi Minh City Fine Arts Museum

12. The painting “Hai thieu nu va em be” (Two young ladies and a child), a work by artist To Ngoc Van, another eminent artist. The painting is preserved at the Vietnam Fine Arts Museum

30 similar artifacts were recognized as national treasures in Oct 2012.