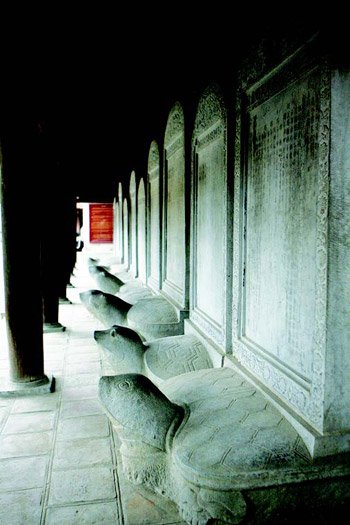 The Vietnamese Prime Minister has signed a decision to recognize another 12 items of huge cultural and historical value as national treasures.

The new batch of national treasures – the third so far – includes the Huu Chung Bronze Drum, which belongs to the Dong Son Culture, one of Vietnam's thriving ancient cultures, and is being kept at the Hai Duong Province Museum in the north.

The Thanh Mai Bell, which dates back to year 798 and is being preserved at the Hanoi Museum in the capital, is another new addition.

Also on the list is a set of 82 steles which dates between 1484 and 1780 and belongs to the Van Mieu-Quoc Tu Giam in Hanoi – believed to be the country’s first university.

Inscribed on the steles are names of the outstanding performers in old-time examinations along with other details.

The list also includes a 400-year-old set of Di Da Tam Ton statues, which is an asset of the Thay Pagoda in Quoc Oai District, Hanoi.

The pagoda was named a national relic earlier this month.

Another addition is a 300-year-old Buddha statue, which is a valuable at Tay Phuong Pagoda, located in the capital’s Thach That District.

The pagoda was recognized as a national relic earlier this month.

Next on the list comes “Ekamukhalinga,” which is a “linga” featuring the head of the Shiva Deity – one of Hinduism’s most significant gods.

The item dates back to the early 8th century and is part of the UNESCO-recognized My Son Temple Complex in central Vietnam’s Quang Nam Province.

Also enlisted is a Mig 21 aircraft numbered 4324, which was used by Vietnamese soldiers during the resistance against American troops that ended in 1975.

The wartime artifact is currently displayed at the Vietnam Military History Museum in Hanoi.

The new batch has raised the number of national treasures to 79.

The first and second batches earned recognition in October 2012 and December 2013.

The Vietnamese Cultural Heritage Law stipulates that items eligible for national treasure recognition include those related to the country’s historical milestones, military leaders and cultural celebrities; prized artworks; or innovations of immense benefit to society in certain periods.