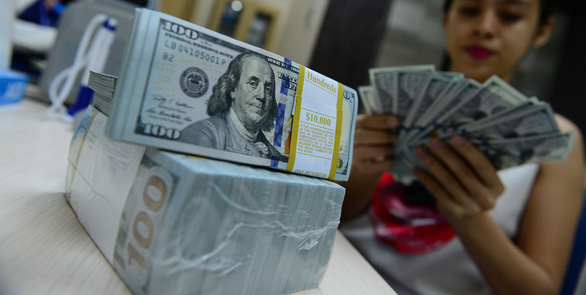 The Vietnamese government has issued a decree specifying administrative fines for violations in the monetary and banking sectors which, most notably, scraps fines for those trading foreign currencies valued at less than US$1,000 at unlicensed establishments.

The new decree, which will come into effect on December 31, 2019, calls for only a warning to be given to those who exchange currencies at unlicensed businesses.

Currently, effective regulations stipulate that people buying or selling foreign currencies at unauthorized establishments are subjected to fines of VND80-100 million ($3,455-4,319), regardless of the value of the transaction.

Under this regulation, a man from the Mekong Delta city of Can Tho was fined VND90 million ($3,887) in 2018 for exchanging a $100 bill into Vietnamese notes at a local gold shop that was not licensed to exchange currencies.

The case sparked intense public controversy, with many speaking out against the hefty fine handed down for such a small exchange.

The fine was eventually revoked and the State Bank of Vietnam began drafting its proposal for Decree 88 to replace such a regulation.

According to the new decree, warning punishments will also be applied to those who pay for goods or services with a foreign currency equivalent to less than $1,000.

A fine of VND20-30 million ($864-1,296) will be given to agencies that fail to list exchange rates at transaction posts in line with the law, or publish ambiguous information which causes confusion amongst its customers.

A similar fine will be imposed on individuals who trade from $10,000 to under $100,000 with each other, or buy/sell foreign currency of between $10,000 and $100,000 at unlicensed agencies, or pay the same amount in foreign currency for goods and services.

The decree clarifies that a fine of up to VND250 million ($10,796) will be issued for the unlawful export or import of foreign cash.

Credit organizations that conduct illegal transactions with each other or with customers in foreign currencies will be fined VND150-200 million ($6,478-8,637).