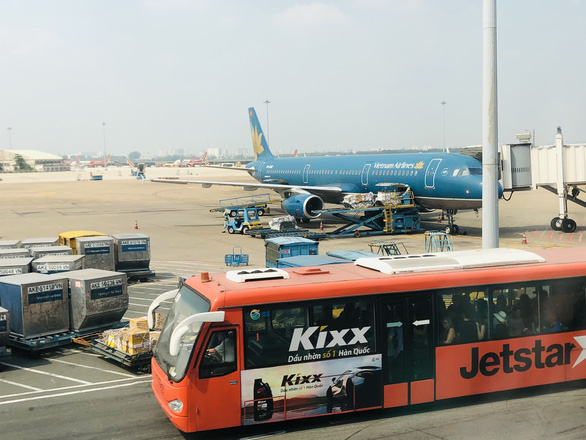 Vietnam Airlines on track to launch regular direct flights to US

A plan to launch Vietnam’s first regular direct flight to the United States has been submitted to the board of directors of flag carrier Vietnam Airlines, CEO Le Hong Ha confirmed in a conversation with Tuoi Tre (Youth) newspaper on Wednesday.

In May 2020, Vietnam Airlines debuted its direct flight to the United States from Vietnam to repatriate over 300 Vietnamese citizens in light of the unpredictable development of COVID-19 transmission in North America.

According to a Vietnam Airline representative, the carrier has operated 12 repatriation flights from the U.S. for Vietnamese citizens since May 2020.

However, the demand for repatriation among the Vietnamese diaspora in the U.S. remains high, while Vietnam Airlines has used up the flight quota granted by U.S. authorities since August last year.

Considering this, Ha suggested that the repatriation process be continued with a regular flight route from the U.S.

Given the global-scale restriction of international flights, the plan becomes more feasible as it can make use of Vietnam Airlines’ large fleet of wide-body aircraft, a requirement for commercial flight routes to the U.S., as they have been put out of service since early 2020 and may not fully return on regular schedule until 2023.

According to Ha, this is the optimal solution, given that options of reselling or leasing aircraft are not favorable for the airline, while regular flights can provide the inbound cash flow to help Vietnam Airlines stay afloat during the current crisis.

Earlier, Vietnam’s State Capital Investment Corporation was looking to funnel VND8 trillion (US$347 million) into the charter capital of Vietnam Airlines to help the national carrier navigate through the COVID-19 pandemic.

In early 2019, the Vietnam Aviation Administration obtained the U.S. CAT-1 certificate, a prerequisite for Vietnamese airlines to apply for permits to fly to the U.S. and to codeshare with U.S. airlines.

Following this, Vietnam Airlines and its domestic competitor Bamboo Airways both won the license to operate flights from Vietnam to the U.S. in 2019 and 2020, respectively.