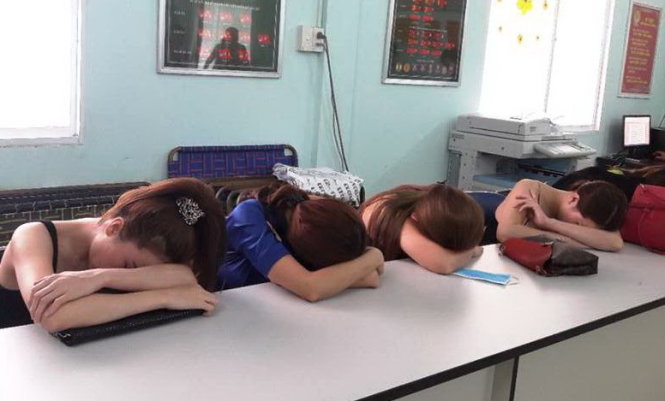 A draft regulation proposed by Vietnam’s education ministry has given rise to controversy for stipulating that junior college and vocational school students who major in pedagogy must be kicked out of school if they are found selling sex for the fourth time during their academic program.

First-time violators will receive a reprimand, while more severe disciplinary actions including stern warnings and temporary suspension from school are applicable to second-time and third-time violators, respectively, according to the proposed regulation.

An online version of the draft was uploaded to the ministry’s website this month to welcome public feedback, a process slated to last until November 26.

However, the document was removed from the website after the proposition regarding students selling sex grabbed local headlines on Monday.

The Ministry of Education and Training later the same day released an announcement admitting that there were some “irrationalities” in the draft regulation, including those concerning prostitution-related violations.

It noted that there was a mistake in uploading the document on its website, and that the version was not the most recently updated.

It also promised to review the responsibility of those tasked with compiling the document.

According to the ministry, the draft regulation is part of an ongoing plan to thoroughly re-organize the legal documents it administers, including those concerning regulations for students at vocational schools, junior colleges, and universities.

While the draft regulation, intended for junior college and vocational school students, has not yet been implemented, another document stipulating similar punishments for those found involved in prostitution has been in effect since May 2016 and applicable to all full-time university students in Vietnam.

Their group consists of more than 40 high school students