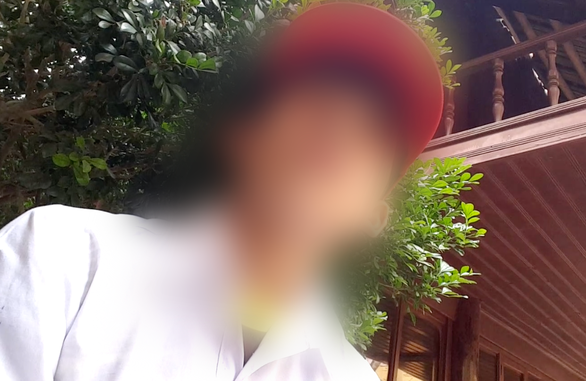 A number of male students at a middle school in the northern Vietnamese province of Phu Tho have broken silence to publicly call out their headmaster for sickening sexual abuse that went unreported for a long time.

Dinh Bang My, principal of Thanh Son Middle School in Phu Tho, was arrested on Saturday after his actions were uncovered in an investigative report published in a local newspaper earlier this month.

My, 57, is being investigated for his alleged molestation of people under 16 years old, pursuant to Article 146 of Vietnam’s Penal Code.

His victims said they had been summoned to the principal’s office on multiple occasions, where they were coerced into performing several sexual acts on the predator and into remaining silent about what happened.

“I was summoned to Mr. My’s office twice,” L.V.T., one of the headmaster’s victims, recalled the haunting experience in a conversation with Tuoi Tre (Youth) newspaper.

“He said if I told anyone about this I would be dead."

T. said it lasted nearly one hour each time he was summoned to the principal’s office.

As it is a boarding school, T. said he received several other ‘invitations’ to the principal’s office at night, which he always came up with reasons to refuse.

“There was one time when he phoned my homeroom teacher and asked her to tell me to come to his office, but I didn’t comply,” T. said.

Another one of My’s victims, T.V.H., said he was asked to perform oral sex and hand stimulation on the headmaster every time he was summoned.

“He would threaten me with punishments and a beating if I refused,” H. said.

“Many of my friends have already been made to stand in the schoolyard as a punishment.”

In total, H. said he had been forced into performing the sexual acts on the headmaster five times, which exhausted him both physically and mentally.

T.V.P., another victim, said he had had to drop out of school after the haunting experiences in My’s office.

Thanh Son is mostly attended by children of underprivileged backgrounds in the rural districts of Phu Tho whose parents work labor jobs and do not have time to attend to their kids in the evening, according to Tuoi Tre’s understanding.

Students spend most of their time at school, only returning home once every few weeks.

“Whenever we talked over the phone, he would tell me to transfer him to a new school, but he never told me why when I asked,” said T.T.H., mother of one of My’s victims.

“As our family is poor, this boarding school is our kids’ only chance at receiving education.”

“My husband and I kept telling our son to try to make it work. If only we knew what he has been going through.”

According to Nguyen Thi Thu Huyen, deputy director of the provincial Department of Education and Training, My has been headmaster of Thanh Son for quite a long time.

School teachers said they were not aware of My’s actions before reading the December 12 report on the Phu Tho online newspaper.

“It’s pretty normal for a principal to summon students to their office for discussion about their behavior,” said Ha Van Thang, vice-headmaster at Thanh Son Middle School.

In photos posted on the school’s official website, My could be seen speaking at a May 2018 event aimed at equipping students with the skills to defend themselves against sexual abuse and harassment.

According to police officers, My is currently only investigated for alleged “molestation” of minors under 16 years of age.

The crime carries a sentence of up to seven years behind bars according to Vietnam’s Penal Code.

However, if more evidence becomes available during the investigation, the headmaster can be charged with more severe crimes including rape and sexual assault, officers said.