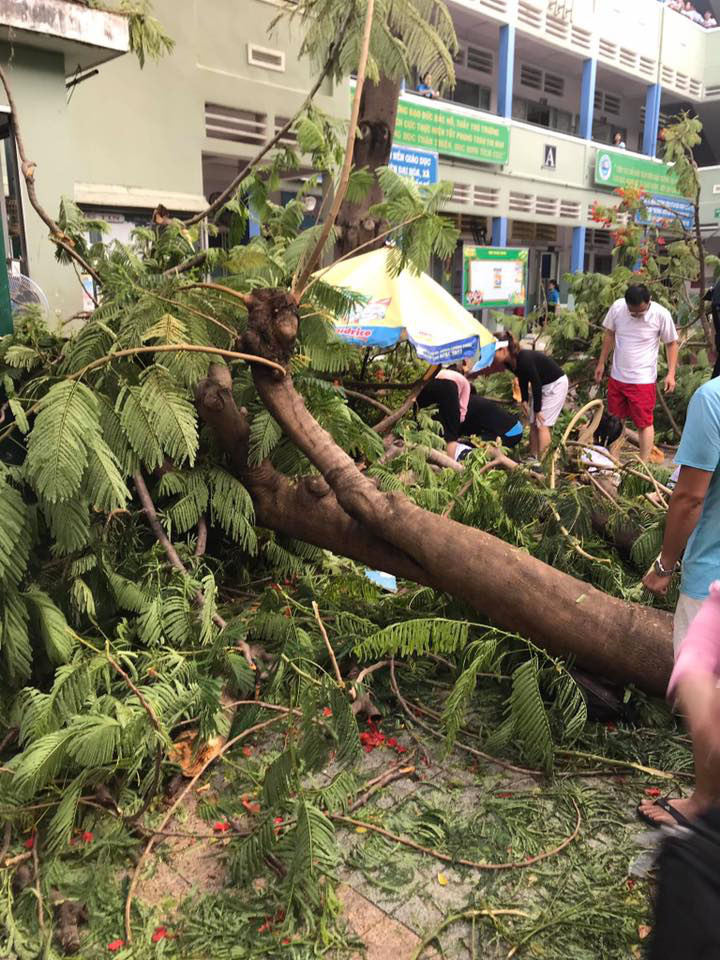 One middle school student was killed and 12 others injured after they were hit by an uprooted tree on the premises of their school in Ho Chi Minh City on Tuesday morning.

The accident occurred at around 6:15 am at Bach Dang Middle School in District 3, according to Nguyen Van Phuc, the school’s principal.

The royal Poinciana tree was uprooted and fell onto 13 sixth-grade students, Phuc said.

Three ambulances were immediately dispatched to the school to take the victims to the hospital following the incident, according to eyewitnesses.

Most of the victims were admitted to Children’s Hospital 2 in District 1, while one of them was brought to An Sinh Hospital in Phu Nhuan District.

As of 8:40 am the same day, Nguyen Duy Long, director of the city's 115 Emergency Center, confirmed that the student at An Sinh Hospital had passed away.

Officials will visit the victims and their families to provide necessary assistance.