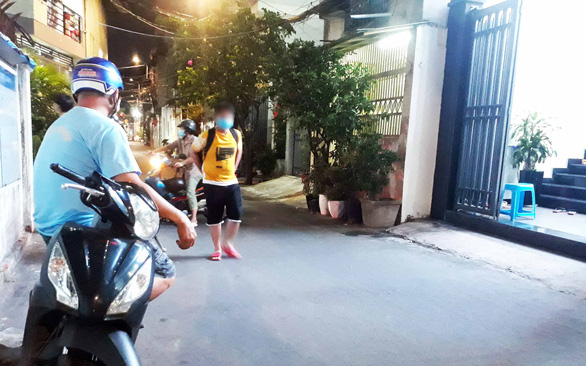 By definition, the International English Language Testing System (IELTS) is meant for candidates who apply for higher education or academia. Nevertheless, well-to-do parents in Vietnam are preparing their children for IELTS tests in a bid to secure them spots at top K-12 facilities – all while they have barely graduated elementary school.

In recent years, the IELTS certificate has emerged as a new norm for English proficiency assessment in Vietnam, with top colleges and high schools accepting the test results during their evaluation of candidates.

The test results have even been adopted by a middle school, which just announced that candidates applying for grade six will get 20 bonus points in evaluation if they score in the 3.0 band or above on the IELTS test.

Minh Hieu, 36, a parent in Thu Duc City under Ho Chi Minh City, has been scrambling to find an IELTS prep class for her son during his summer break.

As a recent outbreak in Vietnam forced his school to shutter in early May, his summer break started a few weeks earlier than expected, which, as Hieu sees it, is more time for her kid to reach the goal of band 5.0 on the IELTS test before the next school year.

He has just turned eleven, which may sound too early for the English paper.

Nevertheless, Hieu is committed when it comes to her plan, as it would engender 'a great leap' for her child to enter a good middle school.

“I have thought it all out," she said.

"With an overall score of 5.0 in IELTS, my son would not have to worry about the English subject at school.

"It only takes three months in the summer, but he gets exemption [from English classes] for the next four years.”

After weighing up between three IELTS centers in Thu Duc City and Binh Thanh District, Hieu finally opted for an ‘intensive class' with six hours of lessons per day, five days a week for three months.

More specifically, students would have to sit in front of the computer for three hours in the morning from 8:00 am for grammar, vocabulary, and reading practices, then show up in the actual classroom for another three hours of listening, speaking, and writing lessons in the evening.

For the price of no less than VND50 million (US$2,200), the intensive program promises IELTS test results of 5.0 and above for all students by the end of the course.

In a similar fashion, Ngoc Duyen, 45, parent of a seventh-grader in Ba Ria-Vung Tau Province, has registered her kid for private tutoring sessions with an American teacher living in Vung Tau City.

Duyen’s objective is clear: her kid needs to achieve IELTS band 5.0 by the next school year and band 6.5 one year later to qualify for high school programs abroad.

If her child fails to get a scholarship to fly out of Vietnam, the IELTS score would still be of great help for him in domestic K-12 study, Duyen added.

Pre-empting a surge in demand for IELTS training for kids, English centers in major cities have launched ‘pre-IELTS’ programs, or other prep courses to provide foundational knowledge for students before the main lessons.

The majority of these courses last three to six months, with a focus on grammar and vocabulary.

They may cost each student VND3-8 million ($130-346) depending on the popularity of training centers, teachers, and class intensity.

During a phone call with a Tuoi Tre (Youth) newspaper reporter, a telemarketer of an English center in Binh Thanh District, Ho Chi Minh City advertised their pre-IELTS program as one based on the ‘Cambridge’ curriculum, pivoting toward building foundational knowledge for kids before future IELTS tests.

Students graduating from the course can proceed to an actual IELTS training program that promises band 7.0-7.5 on the IELTS test for learners.

“IELTS is getting more advantageous as it is favored by many universities during their admission assessment," the telemarketer claimed.

"An IELTS certificate also exempts students from the English test during the high school entrance exam.”

However, the test itself is not recommended for individuals under 16 years old, as stated by the British Council, co-owner and organizer of the IELTS exam in Vietnam.

Echoing the sentiment, Nguyen Duc Thinh, 27, winner of British Council’s IELTS Prize in 2019, advised against subjecting students to training for the IELTS test too early.

The test demands not only good speaking and pronunciation skills, but also an understanding of social issues, spanning from law, the environment to public health, among others, during the speaking and writing tests, which may put inexperienced adolescents at a disadvantage.

Phung Quang Huy, 25, an IELTS prep teacher in Hanoi, also cautioned parents on the risk of sending their children to IELTS training without establishing foundational knowledge for them.

Without a solid basis, these students would turn to test-taking tips and tricks, which may stump them in further efforts to learn the language.

“Students can already amass a decent understanding of lexicon and grammar with English lessons at their school," Huy said.

“They should start thinking about sitting the IELTS exam in late middle school or early high school.”