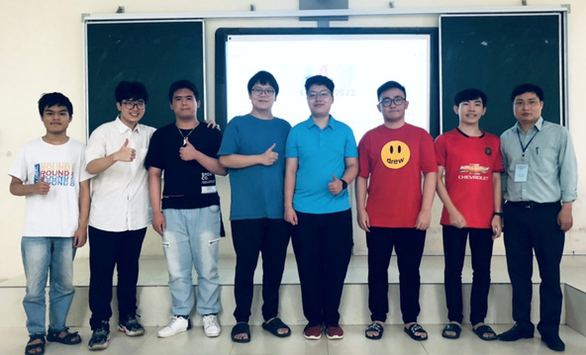 All seven members of the Vietnamese national team won medals, including three golds and four silvers, at the 2022 Asia-Pacific Informatics Olympiad (APIO) held online and hosted by Egypt, the Ministry of Education and Training said on Wednesday.

Vietnam ranked third among the 35 participating countries and territories represented at the event, following China and Russia, which won six and five gold medals, respectively.

This was the best-ever showing by Vietnam in its ten years of competing in the contest, the ministry noted.

The gold medalists were Truong Van Quoc Bao, a 12th grader at Phan Boi Chau High School for the Gifted in the north-central province of Nghe An, and Duong Minh Khoi and Tran Xuan Bach from the high school for gifted students in natural sciences under the Vietnam National University-Hanoi (VNU-Hanoi).

Fifteen Vietnamese contestants competed online at the VNU-Hanoi University of Engineering and Technology on May 22.

The seven contestants with the highest scores participated in the assessment for the APIO medals.