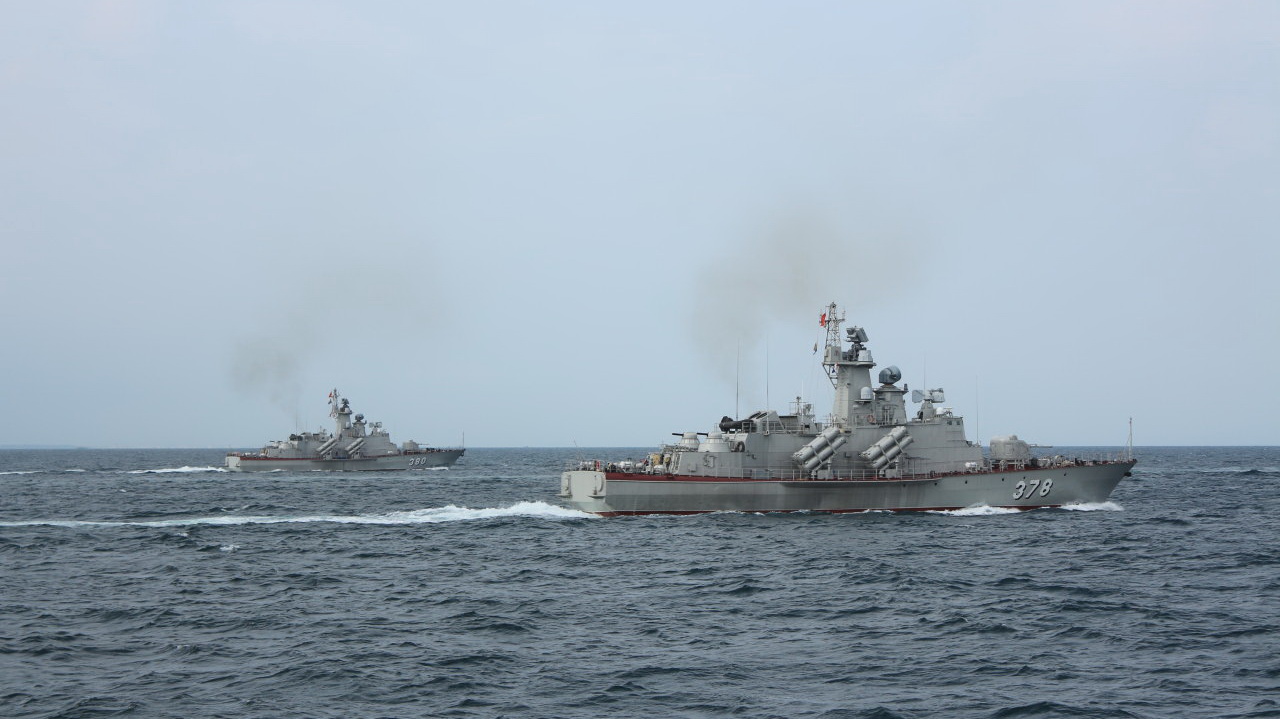 Vietnam’s homebuilt Molniya-class fast attack crafts (FACs) are armed with 12 air defense missiles and 16 subsonic anti-ship missiles with an operational range of up to 130 kilometers.

The crafts are allotted to the three-year-old 167th Artillery – Missile Ship Brigade, which has become a key unit of the Vietnam People’s Navy with capabilities for standalone and cooperative combat missions at sea in the armed force’s operations.

Young officers of the brigade take particular pride in being trained to master the controls and operations of the crafts.

The name Molniya means ‘lightning’ in Russian, an accurate representation of the speed and power of these modern warships.

In the past, Vietnam resorted to buying Molniya-class FACs from Russia, but newer Moniya vessels employed by the 167th Brigade were built completely locally at the Ba Son shipyard under the country’s Ministry of Defense.

Thanks to the readily available vessels, the training of new crew members for Molniya-class FACs now takes only four months, according to naval captain Le Ba Quan, chief of staff of the 167th Brigade.

“In 2016 alone, the brigade trained two entire crews to prepare for admission onto our two newly-built ships,” Quan said. “In only a short time, we have managed to train a united team that makes dedication and solidarity their first priority in training missions.”

According to captain Quan, his brigade is focused on the sole mission of training crew members to operate Molniya-class vessels, as “undertrained officers would not have full combat capability when the situation arises."

Molniya-class FACs differ from older warships in Vietnam's naval fleet in that all of the vessels' operations are controlled through modern equipment.

Machinery, radars, and all types of weaponry on board these vessels are interconnected to automatically locate the target and calculate relevant parameters before sending the final confirmation to the commanding officer to fire the shot.

“In combat, the ship is only as powerful as its crew,” Quan explained. “Just one wrong move by a soldier and the machines will lose accuracy.”

A Vietnamese naval officer on board a Molniya-class missile-armed fast attack craft during a combat training mission at sea. Photo: Tuoi Tre

Despite the ship’s complicated controls, commanding officers in charge of basic operations on board Molniya-class vessels are all fresh military school graduates.

“Many officers in my brigade are fluent in Russian and can translate Russian military materials into Vietnamese at ease thanks to years of studying in Russia,” naval captain Nguyen Viet Anh said with apparent pride in his expression.

According to captain Anh, the young officers in his brigade not only translate Russian materials but also do their own research to compile more detailed and comprehensible training documents for new generations of crew members.

Naval sub-lieutenant Nguyen Van Phong, chief technician of the radio – radar division aboard one of the Molniya-class FACs of the 167th Brigade, is one such officer.

Phong was among the first officers to take over the first generation of Vietnam-built Molniya-class vessels, and was promoted to his current position at the age of 25, one year after he graduated from a military school.

The lieutenant also designed and built his own training model for the ship’s radar system to be used in the training of new officers.