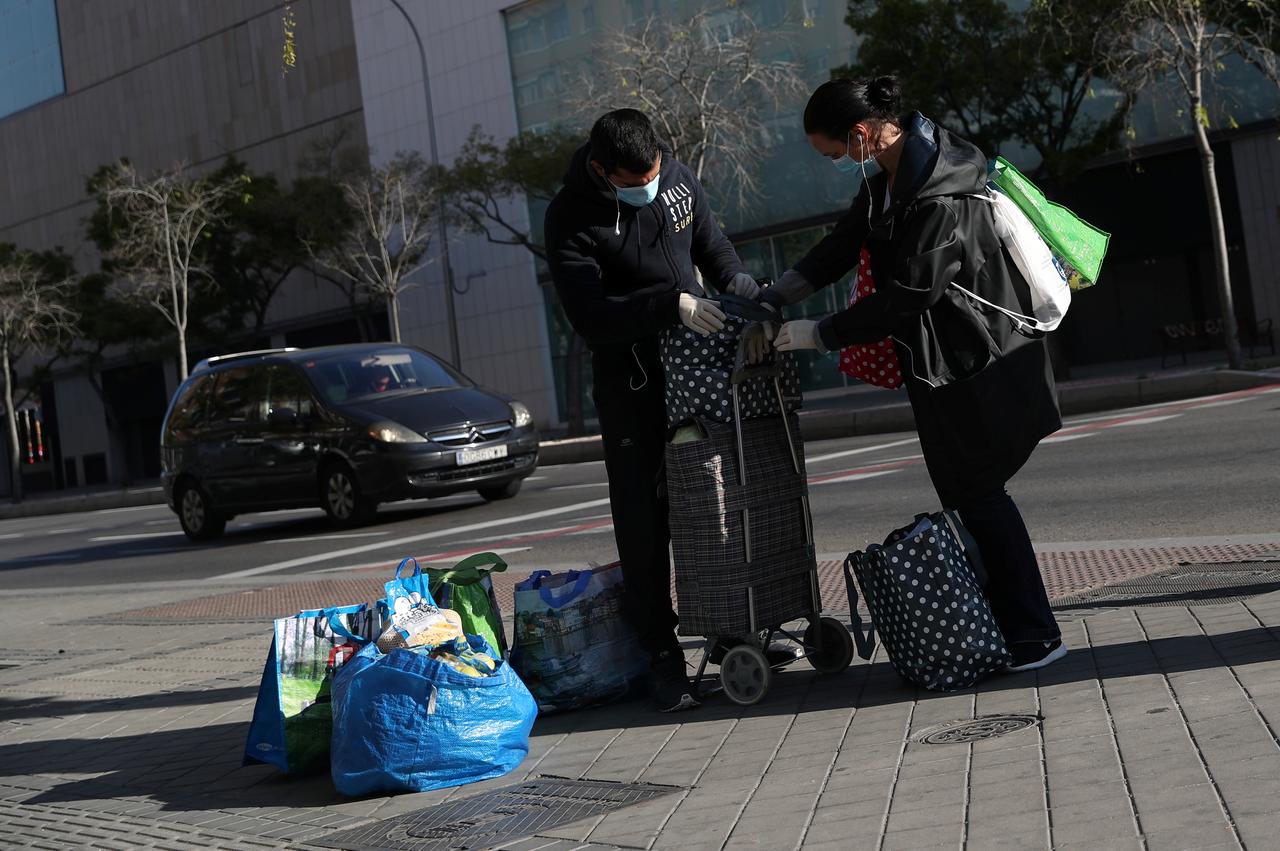 MADRID -- Spain prepared to enter its third week under near-total lockdown on Sunday, as the government approved a strengthening of measures to curb the spread of the coronavirus and the death toll rose by 838 cases overnight to 6,528.

Second only to Italy in fatalities, Spain also saw infections rise to 78,797 from 72,248 the day before.

Prime Minister Pedro Sanchez, in a televised address to the nation on Saturday night, announced that all non-essential workers must stay at home for two weeks, the latest government measure in the fight against coronavirus.

He said workers would receive their usual salaries but would have to make up lost hours at a later date. The measure would last from March 30 to April 9.

On Sunday, Labor Minister Yolanda Diaz said the measure was “flexible” and workers would be paid but would be expected to make up their lost days before December 31.

“We need to reduce mobility to the level of Sundays,” she said, adding that taking into account the Easter holidays, measures would cover eight working days.

She added to Prime Minister Sanchez’s calls for the EU to react, saying “we need a Europe in which workers’ rights are reinforced”.

Unions welcomed the measures and business groups CEOE and CEPYME said that while they would comply with the new rule, “it will generate an unprecedented huge impact on the Spanish economy, especially in sectors such as industry”.

The slowdown “may lead to a deeper crisis in the economy that could become social”, they warned in a statement.

On Sunday, health emergency chief Fernando Simon repeated a warning that intensive care wards were becoming saturated, but said cases were stabilizing and “the rise in new cases has been falling for a few days”.

In Madrid, birdsong drowned out traffic on deserted streets on Sunday morning as police reinforced patrols, stopping buses and cars to check passengers had reason to be out of their homes.

The number of beds at a makeshift hospital to treat coronavirus patients in the IFEMA conference center will soon reach 1,400, Madrid’s regional government said.

It also announced an official period of mourning for those who have died. Flags will fly at half-mast and a daily minute’s silence will be held.

Schools, bars, restaurants and shops selling non-essential items have been shut since March 14 and most of the population is house-bound as Spain tries to curb the virus.