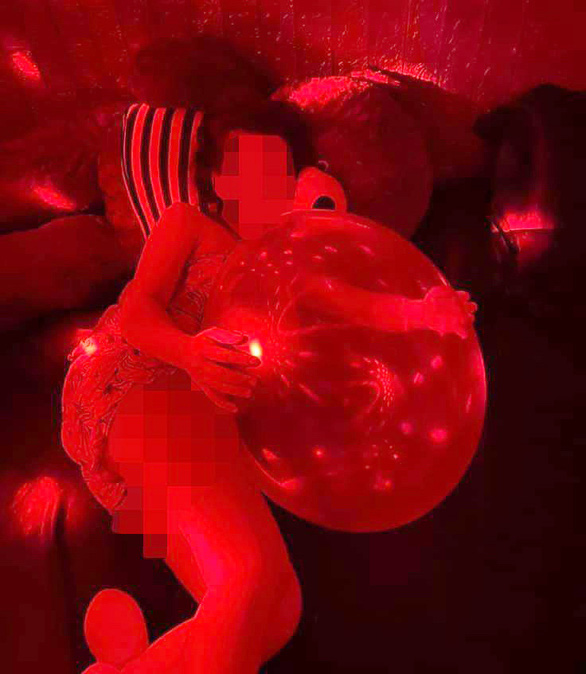 The use of substances like crystal meth, ketamine, weed, and others often leaves abusers with an aroused state. Therefore, bar girls that serve a drug party are willing to provide the next service – having sex with their customers for a great pay in return.

In the dark world of playboys, drug abusers call service girls who join their spree ‘flying girls,’ with ‘fly’ referring to the feeling of getting high on crystal meth.

For ‘flying girls’ who are sexually available to customers, they are called with a new slang term, ‘fly-and-boom’ girls, which means giving both the ‘flying’ and sex services.

If ‘flying girls’ can earn about VND4-5 million (US$173-216) for a drug party, those providing sex service may pocket a much bigger number.

They even accept group sex, regardless of the high risk of sexually transmitted diseases.

“All of the chicks here look so much older than their real age,” according to Ngan ‘Ca Mau,’ a retired ‘flying girl.’

“It’s the cost of the crazy sex nights.”

Linh ‘Miu,’ a 21-year-old girl from Bac Lieu Province in the Mekong Delta, was a popular bar girl amongst drug users in Ho Chi Minh City.

She boasted a mystical beauty, a model-like body, and a knack for crazy drug use.

With a V-lined face, big round eyes, a high nose, and a slender body, Linh was the brightest star of the bar.

Not any random customer could get her service.

Once, a rich man came to her restaurant in the Saigon South neighborhood in District 7, Ho Chi Minh City. He could not make a choice as none of the girls available were appealing to him.

The manager soon showed him Linh’s picture, and the man immediately made up his mind.

When the girl rejected his offer as she was busy with a bigger fish to fry, the man’s pride urged him to place down an extravagant offer.

Linh could not say no. But that was only in her past.

Now, her old friends can hardly recognize Linh without makeup, who has become a shabby old woman.

After just a few years of sinking in drug and sex parties, she has plunged to a tragedy with a bad look and poor health conditions.

Linh once had to take several plastic surgeries to help revitalize her vibrance and youth.

In recent years, many other ‘flying girls’ have also got to earn tens of millions of Vietnamese dong a night when rich men feel like splashing their money to prove themselves.

One of the dark sides of using drugs is that it causes abusers to experience a feeling of utmost snobbery. They are willing to spend their very last banknote.

“Rich? Yes, they get lots of money, but they get broke fast, too. They are not wise enough to keep the money,” she replied.

Astronomical medical expenses are the costs of wild nights of using drugs and having sex with customers.

While one can earn quite a lot a night, they will just spend it all on their hospital fees the next days.

“But they can’t serve customers every day. For a night of dancing, getting high on drugs, and having wild sex, it takes a girl several days to a week to recover,” Truyen said.

The dearest price is whopping damage to their appearance. Taking drugs and staying up all night make their skin and breasts ugly, not to mention an impact on mental capability.

Their skin becomes pale and ruffled over time, while their breasts will be reduced in size very quickly.

Therefore, ‘flying girls’ have to go through costly plastic surgeries to maintain their beauty, the most important thing for them to earn a living.

Their money, certainly, will not stay.

To work in this business, bar girls have to obey their managers. The girls might earn big, but a large amount of money has to go to their ‘mamas,’ a slang word panders.

According to Mai Thuy, not all are allowed to become ‘boom-and-fly girls.’ The girls have to ‘show their respect’ for the managers if they want a stable ‘workplace.’

They do so by bringing their managers big ‘gifts’ every Tet holiday, public holiday, and birthday bash.

For Truyen, a tacit birthday rule is that each bar girl gives her VND10 million dong ($432) in cash on this occasion.

Going empty-handed after years of working in this business, many ‘flying girls’ suffer such great health damage that some have died from drug abuse.

A girl named Thao recently fell from a third floor after serving a drug party and having sex with clients for three days in a row.

Many others have gone through the same fate.