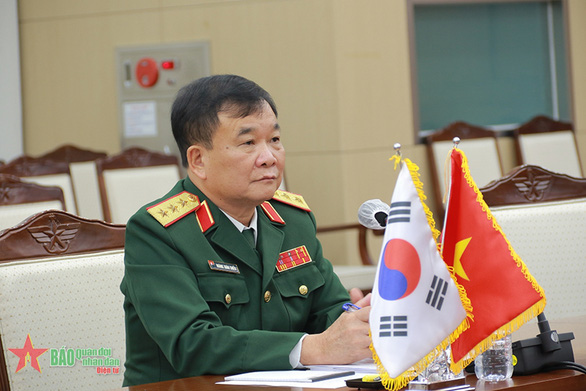 Vietnam and South Korea agreed on the need to strengthen bilateral defense ties in various aspects during their annual senior-level defense talks in Seoul on Monday.

The dialogue came as the two countries seek to promote security cooperation on the occasion of the 30th anniversary of their bilateral diplomatic relations.

The two sides also shared the need to step up cooperation in high-level exchanges, military education, and other fields to elevate the bilateral relations to a “comprehensive strategic partnership,” according to South Korea’s defense ministry.

Shin explained South Korea’s policy toward North Korea and asked for Vietnam’s support for Seoul’s efforts to denuclearize the Korean Peninsula and achieve peace and prosperity.

The South Korean official also called for Vietnam’s support for South Korea's bid to host the 2030 World Expo in its southeastern port city of Busan.

He requested support in ensuring that the delivery of another used vessel can proceed smoothly in the coming time, according to Yonhap.

Regarding the East Vietnam Sea issue, the two officials underlined that maintaining peace, stability, security, and safety of navigation and aviation in the sea area is important to all countries in the world.

They also advocated settlement of disagreements and disputes by peaceful means based on international law, including the 1982 United Nations Convention on the Law of the Sea.

The two countries established diplomatic ties on December 22, 1992 and they upgraded their ties to a strategic cooperative partnership in 2009.