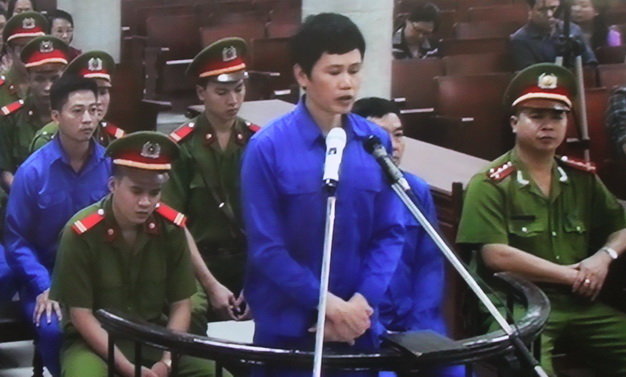 Six Vietnamese railway officials on Monday stood in a Hanoi court to face charges that they received massive kickbacks from a Japanese firm to award it a major contract in the capital city.

All of the six were former high-ranking officials at the Railway Project Management Unit (RPMU) under the state-run Vietnam Railways.

They were indicted last year for “abusing powers while performing official duties.”

In 2008, the Vietnam Railways appointed the RPMU as the developer of the urban railway No.1 project in Hanoi, and signed a technical consultancy contract with a joint venture led by the Japan Transportation Consultants (JTC) one year later.

The ¥4.2 billion (US$34.76 million) project is partly funded by official development assistance (ODA) loans granted by the Japanese government.

Pham Hai Bang, who was then RPMU deputy director, allegedly told JTC his management unit was facing financial problems in carrying out the project and the Japanese firm ended up giving it around VND11 billion ($491,071) worth of “supporting fees,” according to the indictment.

Bang then used VND4.8 billion ($214,286) of the sum for many purposes, including gifting money to Dong, Hieu and Luc, without reporting to the Vietnam Railways.

Prosecutors said Bang and the other RPMU officials took advantage of their powers to ask for out-of-contract cash from the Japanese company, which led to serious consequences and ruined Vietnam-Japan relations in terms of ODA provision and use.

The graft scandal was first unearthed by Yomiuri Shimbun, which reported in March last year that JTC chief Tamio Kakinuma had admitted to prosecutors that his company had bribed civil servants in Vietnam, Indonesia and Uzbekistan to win contracts for Japan-funded projects there.

The court will end on Tuesday and the six indicted are facing jail terms from ten to 15 years each, according to the Vietnamese Penal Code.