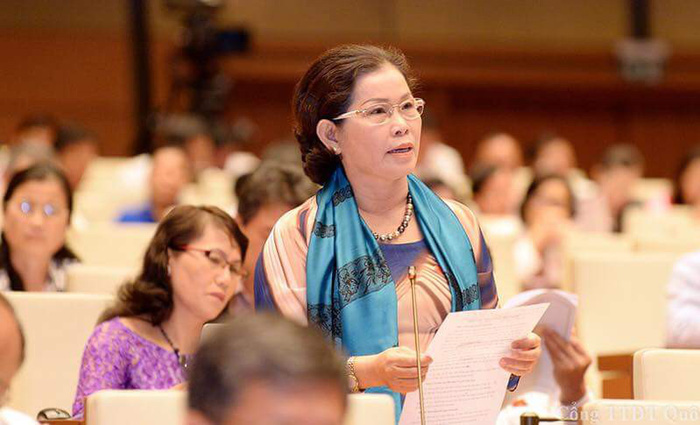 A businesswoman who was a former lawmaker died for as yet unknown causes after receiving a cosmetic treatment at a beauty parlor in southern Vietnam, police said on Thursday, nearly two weeks after the incident.

The deceased is Pham Thi My Le, a successful businessman and a former legislator who represented the southern province of Binh Phuoc at the lawmaking National Assembly in the 2011-16 tenure.

At around 6:30 pm on June 30, Le visited the Phuong Nam beauty salon in Phuoc Long Town, located in Binh Phuoc, to have eyebrow and lip microblading, a form of tattoo using tiny needles that pierce the skin to create well-defined eyebrows or ever-red lips, according to the police.

The 60-year-old was given a type of antibiotic expected to relieve pain and prevent swelling and inflammation associated with the process.

About four hours after undergoing the cosmetic treatment, Le left the parlor in a car driven by her chauffeur. But she shortly asked the driver to take her back to the establishment because she felt tired, nauseous and itchy all over the body.

As soon as the car reached the parlor, the owner opened its door only to find that Le was lying unconscious, frothing at the mouth with limps all curled up.

The woman was rushed to the hospital, where a doctor confirmed she had died on the way.

Authorities suggested conducting a post-mortem examination on Le’s body but her family declined.

She was buried on Wednesday.

Police have seized several drugs and substances used at the salon for investigation.

They are determining whether the drug Le consumed at the place had anything to do with her death, given that she already had thyroid cancer, diabetes and pulmonary illness.

The woman had been using both traditional and modern medicines for her conditions prior to the June 30 incident.

Both the Department of Health in Binh Phuoc and the administration in the town where the Phuong Nam beauty parlor is located said that the facility’s operation falls outside their scope of regulation.

Nguyen Dong Thong, director of the Binh Phuoc Department of Health, said the facility only provides care to skin and is not regulated by the department.

The director of the medical center of Phuoc Long even said he did not know such a beauty salon exists in the area.

Her member companies specialize in various activities, such as cashew exportation and ecotourism, and operate a chain of restaurants, hotels, and kindergartens, along with a rubber and cashew plantation of over 500 hectares.

She was the trailblazer in exporting Vietnamese cashew in the 1990s.