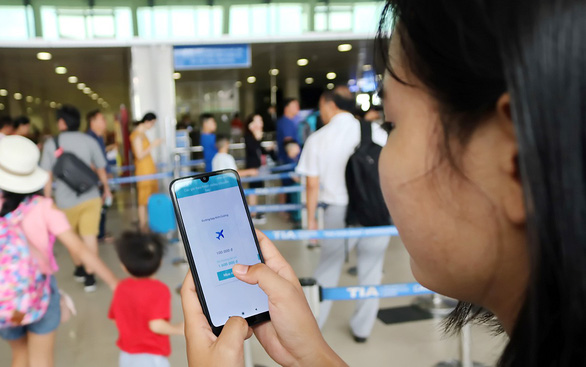 Not many Vietnamese travelers are aware they could claim insurance money for flight delay or cancellation although such insurance is included in most airlines’ ticket prices by default.

Over 15 percent of more than 30,000 flights operated by Vietnamese airlines in June 2019 were delayed or cancelled, according to latest statistics from the Civil Aviation Authority of Vietnam (CAAV).

While such insurance offers many perks to travelers, including a full refund of ticket price if the flight is cancelled or compensations in case of flight delay of baggage loss, few fliers in Vietnam are aware they are eligible for such perk despite having purchased the insurance package.

Insured passengers can claim from VND1.2 million ($50) in compensation if their flight is delayed for four hours or more.

A Vietjet representative said automatically adding insurance to the ticket price saves time during booking for customers, who retain the full right to opt out of purchasing the add-on.

A Vietnam Airlines representative said an increasing number of air passengers in Vietnam are now waking up to the benefits of buying travel insurance for their flights thanks to its many perks.

Some Vietnamese insurance companies have started to offer online, app-based travel insurance where all insurance purchases and claims could be made through a mobile application.

Capitalizing on Vietnamese airlines’ notorious on-time performance, these apps have launched delay-only plans that cost from VND39,500 ($1.70) per passenger and provide insurance coverage for flight delays of 31 minutes or more with payouts starting from VND150,000 ($6.50).

Khanh Vi, a salesperson for an air ticket agent in Ho Chi Minh City, said travelers are often reluctant to purchase travel insurance for their trips because they don’t want to bother with the paperwork involved in claiming insurance money.

Nguyen Van Vu, who runs a Da Nang air ticket agent, said three years in the business has given him enough experience to accurately predict which flights are most likely to be delayed.

With that knowledge, Vu has been offering to purchase insurance on his clients’ behalf using his own money.

“If their flight is delayed, the passenger can claim insurance money and split it up between us, with me getting 70 percent of the compensation,” Vu said.

The only downside of purchasing travel insurance is that it can take weeks for an insurance claim to be processed and approved, he said.

Vietnam Airlines, Vietjet, Jetstar Pacific and VASCO operated 296,512 flights in 2018, up nine percent from the previous year, according to a CAAV report released in January.

Over 15 percent of these flights were delayed or cancelled, the report said.

Jetstar performed worst among the four Vietnamese airlines with 18.5 percent of their flights in 2018 delayed or cancelled, while Vietjet and Vietnam Airlines trailed not far behind at 15.8 percent and 10.8 percent, respectively.

VASCO, a subsidiary of national flag carrier Vietnam Airlines, performed best with only 3.4 percent of their flights delayed or canceled last year, although this was partly because the airline operated the least amount of flights – less than 14,000 – in 2018.

Bamboo Airways, which launched its first flight in January, was not included in the 2018 report.