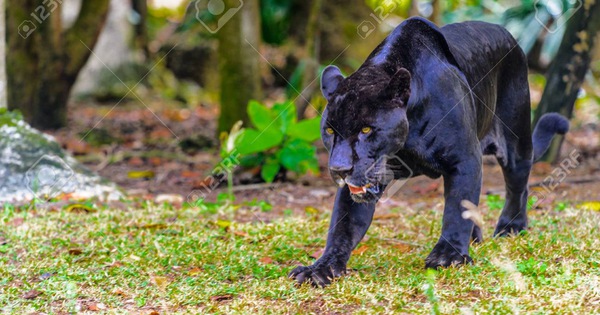 Authorities in the southern Vietnamese province of Dong Nai have found some footprints at the location where two black panthers were reportedly spotted and believe they could be dogs'.

Forest protection officers in Vinh Cuu District, Dong Nai Province have examined the areas where some local residents said they had seen two animals that looked like black panthers.

Several animal footprints were discovered, but officers believe they could belong to a dog breed.

Many households in the vicinity raise dogs, cats, and chickens and have not reported any damage or loss caused by the suspected black panthers.

Officials have spoken to local residents and found that a family is keeping two black Rottweilers as pets.

One of the two dogs is fully grown and weighs about 30 kilograms.

As the dog breed is rather aggressive, the owner claimed he often has them on a leash during the day and only let them loose at night.

Local residents might have seen the Rottweilers and mistaken them as black panthers, according to officers.