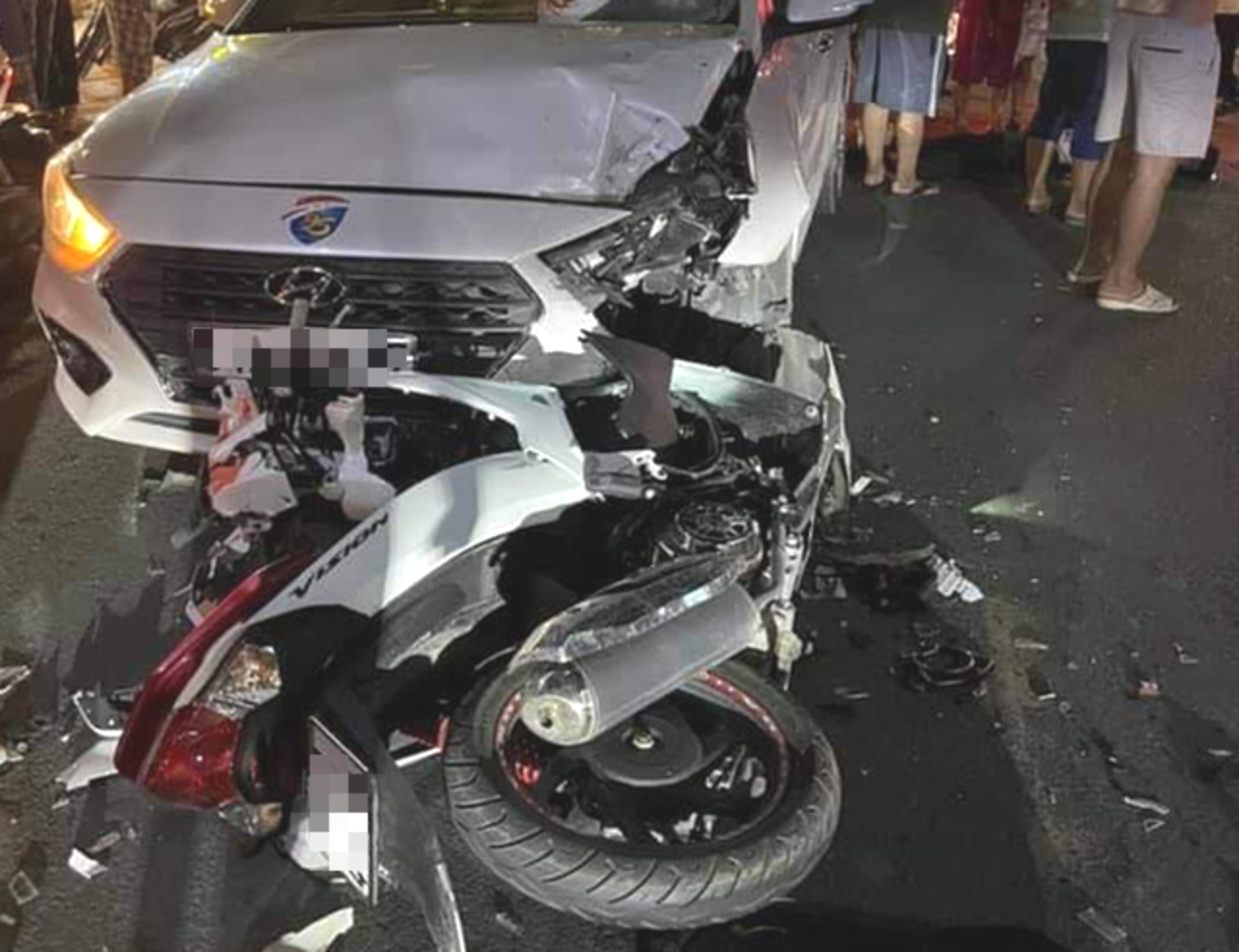 A man has committed suicide by crashing his motorbike into a car after stabbing his girlfriend to death on the outskirts of Ho Chi Minh City this week.

The municipal Department of Public Security confirmed on Saturday that the incident took place in Cu Chi District on Friday night.

Officers were made aware of the case after local residents reported a traffic accident on Street No. 458 at around 10:00 pm.

The victim, 32-year-old N.T.H., was killed after crashing his motorcycle into an automobile.

Multiple stab wounds were also found on his body.

Police later examined his tenanted house and found the body of N. – his 25-year-old girlfriend.

Police investigation revealed that H., who hailed from the Mekong Delta province of Ca Mau, was a factory worker at Dong Nam Industrial Park in Cu Chi District.

He lived with N. at a rented house on Dang Thi Thua Street in Hoa Phu Ward, also in Cu Chi District.

On the night of the incident, H. stabbed his girlfriend to death before attempting to commit suicide by stabbing himself.

As the attempt failed, the man rode his motorbike at very high speed and crashed into a car traveling in the opposite direction.

H. had sent a text message to one of his relatives prior to the crash.