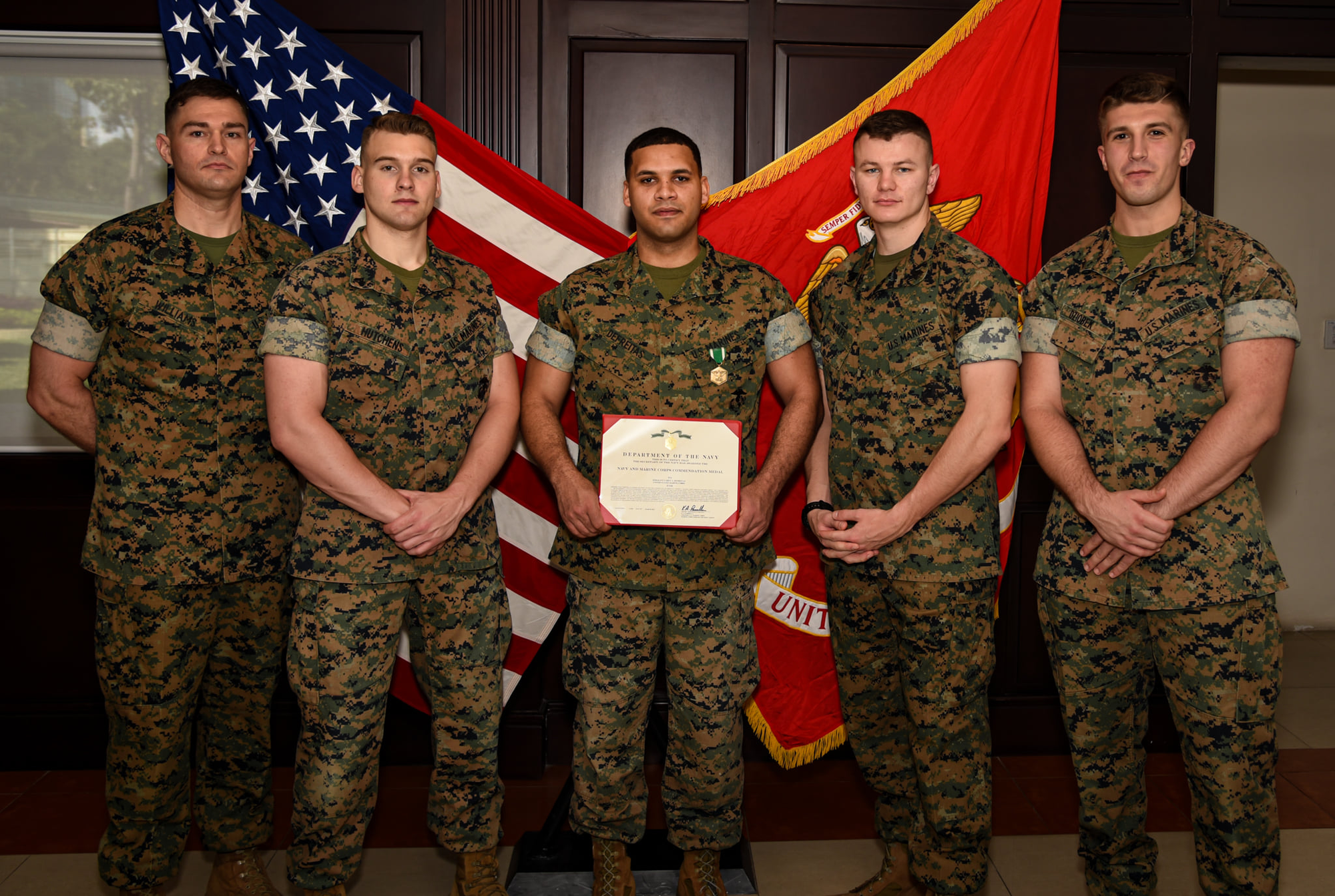 US marine security guards save young boy from drowning in Vietnam

Two marine security guards stationed at the U.S. Embassy in Ho Chi Minh City rescued a sinking boat and were able to save a boy’s life during their visit to Phu Quoc Island off the southern Vietnamese province of Kien Giang early this year.

The incident occurred in January but was only recounted by the embassy via a post on their verified Facebook page on Tuesday.

“While touring the Vietnamese coast outside of Phu Quoc, Sergeant Searcy and Sergeant De Freitas noticed a capsized boat with several individuals struggling in the water,” reads the Facebook post.

These U.S. Marines quickly took charge of the situation by directing the captain of their boat toward the capsized vessel.

Upon reaching the scene, Searcy began to pull multiple individuals from the water while De Freitas started to triage the rescued individuals.

De Freitas then directed the boat captain to confirm accountability of all passengers.

After two minutes, they learned that a family’s son was still missing, according to a separate report published by Marine Corps Times on June 4.

Searcy then jumped into the water to start searching, while De Freitas directed those on his boat to start looking from the top deck.

After ten minutes, a Vietnamese man surfaced with the ten-year-old kid upside down.

After about ten minutes of CPR, De Freitas was exhausted and started to lose hope. But the cries of the boy’s parents kept him motivated.

“I needed to make sure this kid survived because the last thing you ever want to hear is a mother crying hysterically ... because she thinks her son is gone forever,” De Freitas told Marine Corps Times in a phone interview in late March.

With De Freitas’ tireless effort, the boy regained a pulse before emergency services arrived to rush the child to the hospital.

The boy ultimately survived the incident and is at home rehabbing from the serious injuries he received, Marine Corps Times cited De Freitas as saying.

“It’s probably one of the best feelings ever,” De Freitas told the U.S. newspaper.