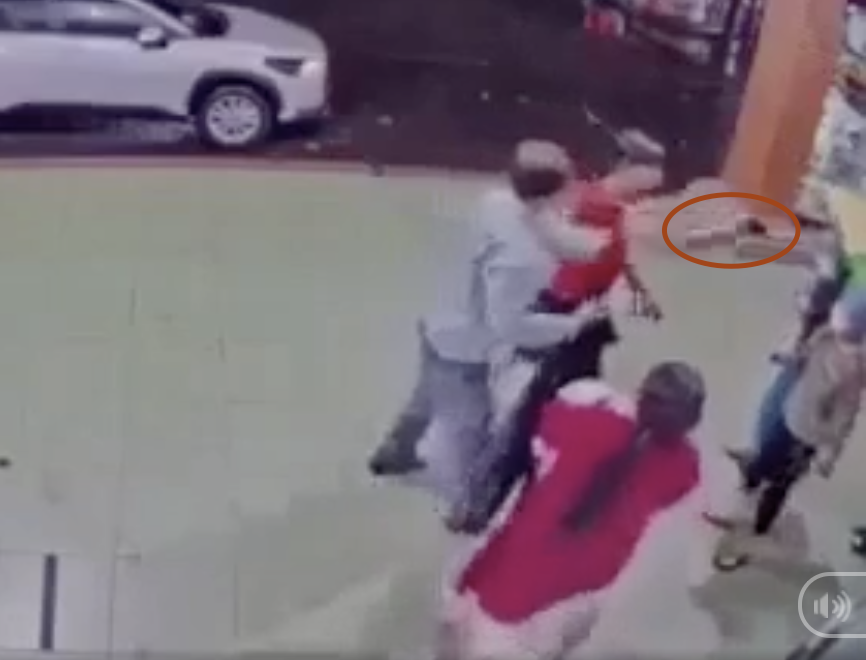 A police officer from Vietnam’s Central Highlands has been suspended from work after he was caught on CCTV pointing a gun at a health worker following an argument at a local medical center.

The Department of Public Security in Lam Dong Province confirmed on Saturday they had suspended Nguyen Duy Ngo, 30, who works at the police unit in Lam Ha District, to verify his wrongdoing.

According to CCTV footage, Ngo and his family members, a woman and a man, took a baby to the medical center in a car.

As Ngo and the woman were not wearing a face mask in public in accordance with COVID-19 prevention and control regulations, a health worker reminded them to follow the rules.

Ngo quickly yelled at the health worker before pulling out his gun and pointing it at her.

He continued swearing with the weapon in his hand despite the intervention of one of the family members.

The Lam Dong police department confirmed that the baby is Ngo’s son, who needed medical attention after choking on milk that evening.

Ngo forgot to put on a face mask when he rushed the boy to the medical center and eventually lost his temper as he was worried for his son's health.

However, the act of arbitrarily pointing a gun at another person seriously violates police officers’ code of conduct, a police official stressed.

The incident is being probed and the result will be announced soon, he added.

In late October, the People’s Court in Bac Ninh City, the capital of the namesake northern province, sentenced 52-year-old Nguyen Van Suong to 18 months in jail for making a threat to kill.

Suong, a company's director, had been filmed pointing a rubber bullet gun at a truck driver during a road rage in September 2020.