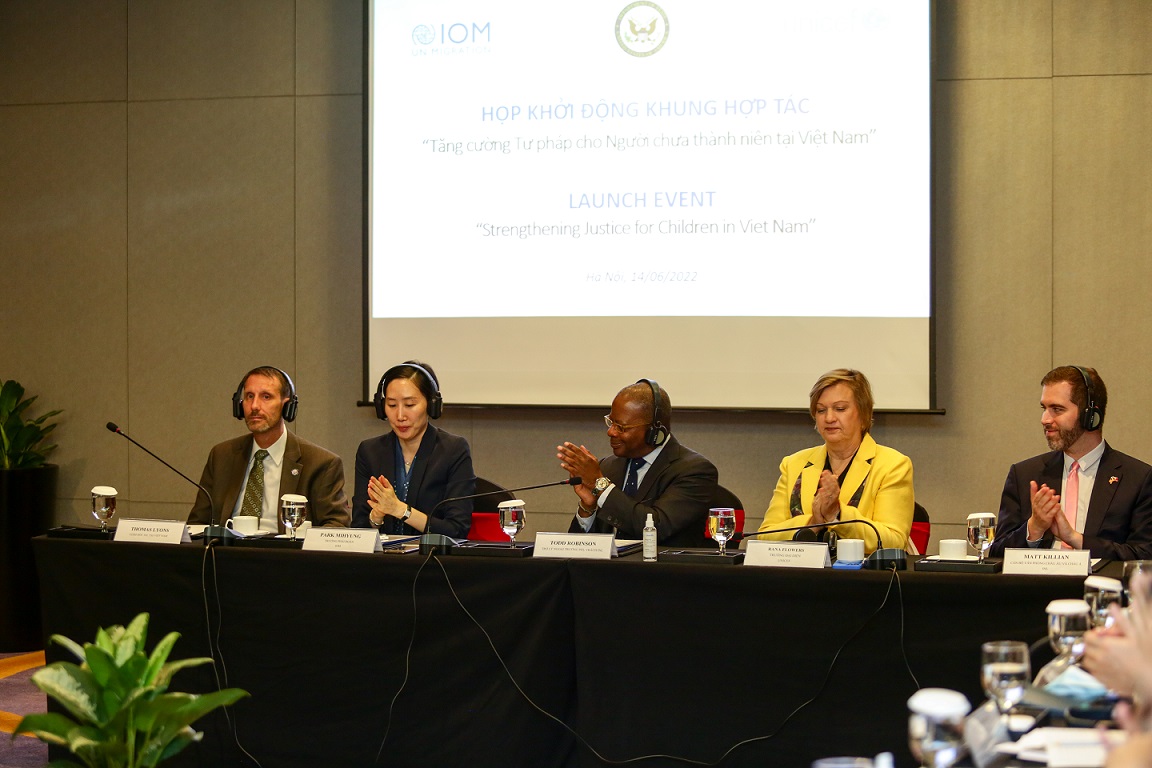 The United Nations Children’s Fund (UNICEF), the International Organization for Migration (IOM), and the U.S. have launched a partnership to support Vietnam in protecting children from violence and tackling human trafficking.

The Bureau of International Narcotics and Law Enforcement Affairs (INL) of the U.S. Department of State, UNICEF, and IOM announced the three-year partnership on Tuesday, noting that it aims to help the Vietnamese government strengthen systems to better protect children from violence, as well as effectively tackle human trafficking and migrant smuggling, according to a join press released published by the INL, IOM, and UNICEF.

“INL and the U.S. Mission to Vietnam are proud to work with the Vietnamese government, IOM, and UNICEF to support a new project that will seek to protect the most vulnerable and precious members of our societies,” Todd D. Robinson, INL assistant secretary, said during his visit to Vietnam from Washington, D.C..

“By increasing protections for children, we also safeguard the future of our nations.”

In 2020, the Vietnamese government estimated that the number of children subject to various forms of abuse, including violence, sexual abuse, trafficking, abandonment, and neglect, accounted for approximately five percent of the country’s child population.

According to 2021 statistics provided by Vietnam’s Ministry of Public Security, 40 percent of the total number of trafficked victims identified were children.

Evidence suggests that the number of children facing increased vulnerability has grown amid the social and economic impacts of the COVID-19 pandemic.

This includes children in families that have experienced livelihood challenges, increased levels of violence and gender-based violence in homes, and increased numbers of children who have dropped out of school in order to try to support their loved ones.

“This program puts the safety, the protection of girls and boys from abuse, exploitation and trafficking at the top of the agenda,” said Rana Flowers, UNICEF representative.

“Our goal in coming together is to strengthen justice for children, to facilitate a strengthened protective net and support system around children and their families, in the communities where they live.”

It is crucial to equip police, border guards, judges, lawyers, and court personnel with essential knowledge and skills on child-friendly and gender-sensitive criminal judicial techniques and procedures, said Park Mihyung, chief of mission at the International Organization for Migration in Vietnam.

The three-year project aims to achieve its objective through a three-pronged approach, namely improving legal and policy frameworks for protection of minors, strengthening capacity of law enforcement, including border guards, and justice officers, and enhancing access of children victims of abuse to timely and quality protection services.