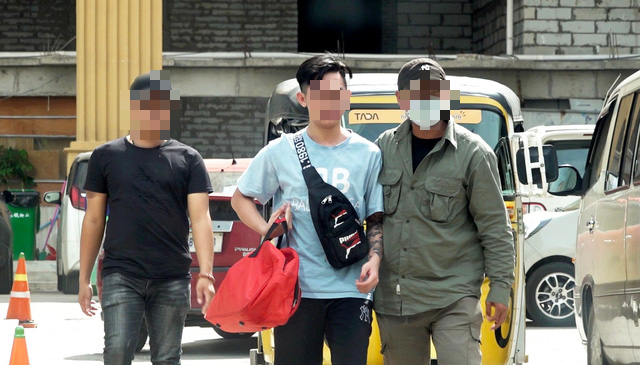 A group of Vietnamese people managed to rescue a 17-year-old boy from southern Vietnam more than three months after he was sold to Cambodia and forced to work for a Chinese online gambling racket.

C. is currently staying at home with his parents, but he is still traumatized by the incident, Bao continued.

“The boy rarely talks and still looks afraid so we don’t want to ask him too many questions at the moment," the father said.

In March, a friend of C.’s on social media tricked him into going to Cambodia to work as an accountant for VND25 million (US$1,020) a month, a handsome amount by local standards.

The boy was then sold to Cambodia by an illegal racket and forced to work for a Chinese-run online casino, Bao stated.

On June 13, C. contacted his father and said he wanted to go home, but his employers said he needed to pay an amount of money for such a contract breach.

Bao had to borrow money from his friends and sold his motorbike in order to pay them a total of VND160 million ($6,800), but they did not agree to release C..

During his time in Cambodia, C. was assigned to look for Vietnamese punters for the gambling site, Bao quoted the boy as saying.

His daily target was to trick such gamblers into spending at least VND200 million ($8,500).

He would be given an electric shock if he fell asleep on the job.

C. was given daily meals but no salary, while many other Vietnamese were also in the same situation, according to the boy’s recollection.

They lived in a multi-story building guarded by armed men and surrounded by three layers of electric fences.

C. once got caught as he tried to run away, and ended up being beaten, handcuffed, and locked inside a room.

After the story was published by Tuoi Tre in mid-June, L.V.P., a 28-year-old Ho Chi Minh City resident, gathered some of his friends to rescue C..

“We managed to contact C. and asked him to send his location by using his phone’s GPS,” P. elaborated.

With the help of several friends in Cambodia, P. and his group were able to find the place where C. was kept.

P.’s group paid them the money and took the young boy home.

The An Giang Department of Public Security is now working with C. and his family to investigate the case, Lieutenant Colonel Nguyen Duc Hau, head of the police unit in Long Xuyen City, An Giang Province, confirmed on Saturday.