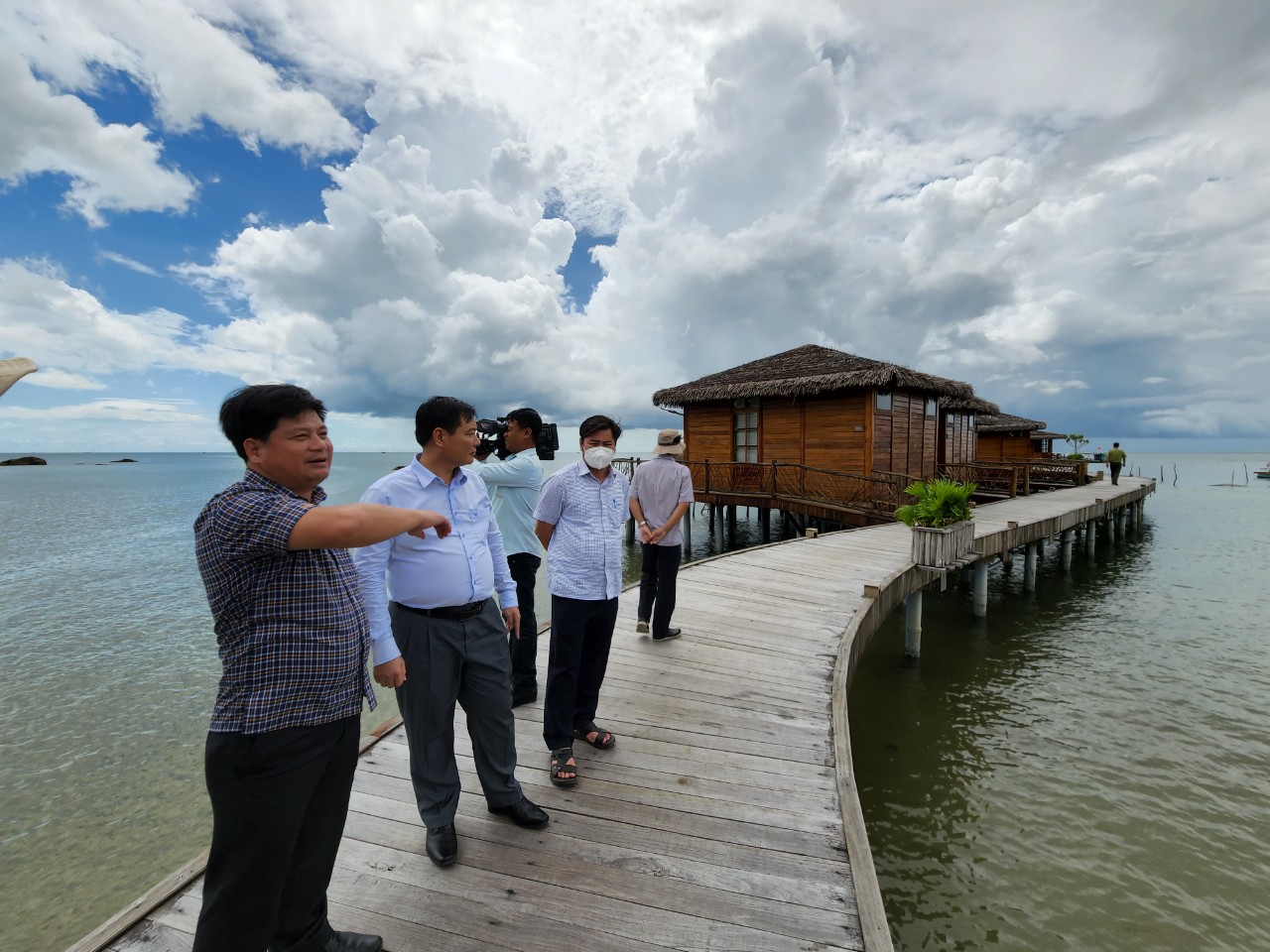 Authorities on Phu Quoc, a popular tourist island off the coast of southern Vietnam’s Kien Giang Province, have ordered the removal of illegal constructions in the island’s protected maritime areas following the report of Tuoi Tre (Youth) newspaper last week.

On Tuesday, Phu Quoc leaders inspected the illegal works in protected maritime areas in the southern and eastern parts of the island.

Ho Phi Thuy, the firm’s director, admitted that his company had operated the barges, as well as renovated the seabed, for tourism purposes without obtaining a license from local authorities.

Thuy expressed his wish that the authorities would provide guidance so that his company could operate in accordance with regulations.

The officials also inspected SEAWORLD - an old ferry that is currently used as a restaurant. The SEAWORLD owner was not present during the inspection.

After identifying that the restaurant was situated above a coral reef, Phung Quang Hung, chairman of the Phu Quoc People’s Committee ordered relevant authorities to shut down both the restaurant and coral-watching services in the area.

Businesses will only be allowed to resume operations once they obtain legitimate permits and are able to ensure safety for tourists, the chairman stressed.

At May Rut Trong Islet, the delegation examined a footbridge that was being constructed by Minh Huy Phu Quoc Tourism & Trade Company.

Diep Nguyen Quoc, the company’s director, admitted that the construction was illegal and said he would have it removed.

“If the businesses fail to dismantle these constructions within the given period, we'll do it ourselves,” Truong asserted.

According to chairman Hung, the number of visitors to Phu Quoc Island soared over 160 percent following the COVID-19 pandemic, resulting in rapid tourism development and prompting various challenges for the island, including environmental pollution and unlawful construction.

Several gangs have also taken advantage of the situation and started ‘protection’ rackets, creating a serious threat to social order and security.

Another major obstacle for Phu Quoc is traffic congestion caused by weekend visitors, while authorities are also facing difficulties in ensuring sufficient electricity and water supply for the island.

“We have proposed that the central government adjust its development plan for Phu Quoc until 2040 in order to attract more investors and allow for a level of development on the island that aligns with tourism needs,” the official stated.