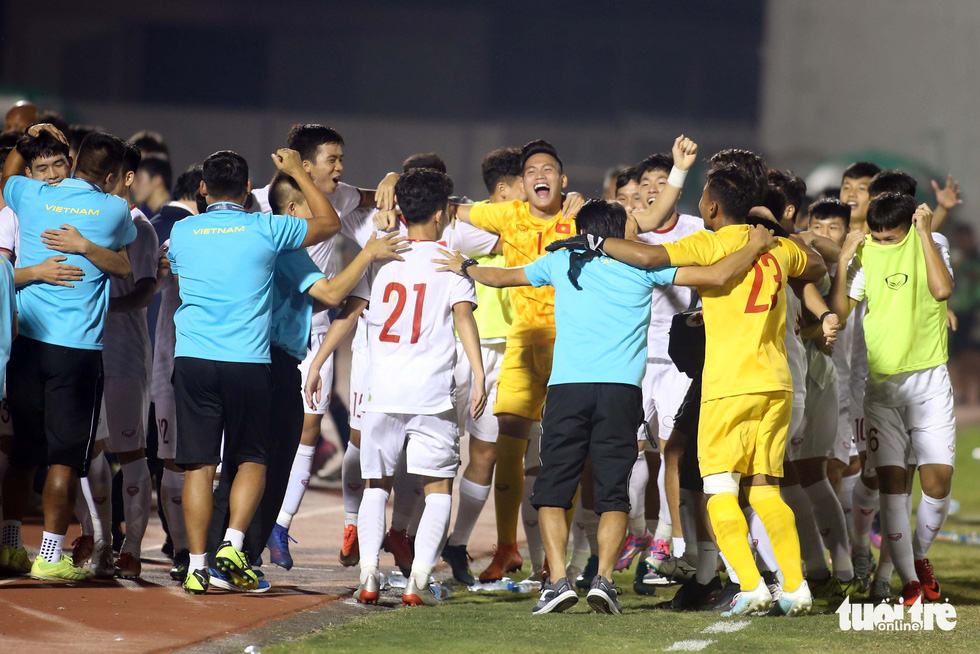 Vietnam U19s have secured a place in the finals of the 2020 AFC U19 Championship, to be hosted by Uzbekistan in October next year.

The junior Golden Stars drew 0-0 against Japan in their final group stage game on Sunday, despite the Japanese playing with ten men in the final 15 minutes.

Nguyen Huu Nam could have opened the scoring but his header went wide from five meters. Soromon Sakuragawa headed wide as well.

Both sides seemed to be satisfied with a draw so they just passed the ball on their field in the dying minutes to wait for the final whistle.

The young Vietnamese and Japanese both earned seven points after three games in Group J and thus advanced to the finals of the 2020 AFC U19 Championship, taking place in Uzbekistan from October 14 to 31 next year.

The young Golden Dragons qualified as one of the four best runners-up in the group stage.

Sixteen teams will compete at the 2020 AFC U19 Championship, including Uzbekistan, Qatar. Tajikistan, Iran, Bahrain, Saudi Arabia, Malaysia, Australia, South Korea, Japan, Indonesia, Laos, Vietnam, and Yemen. Group A winners and the fourth best runners-up have yet to be determined.