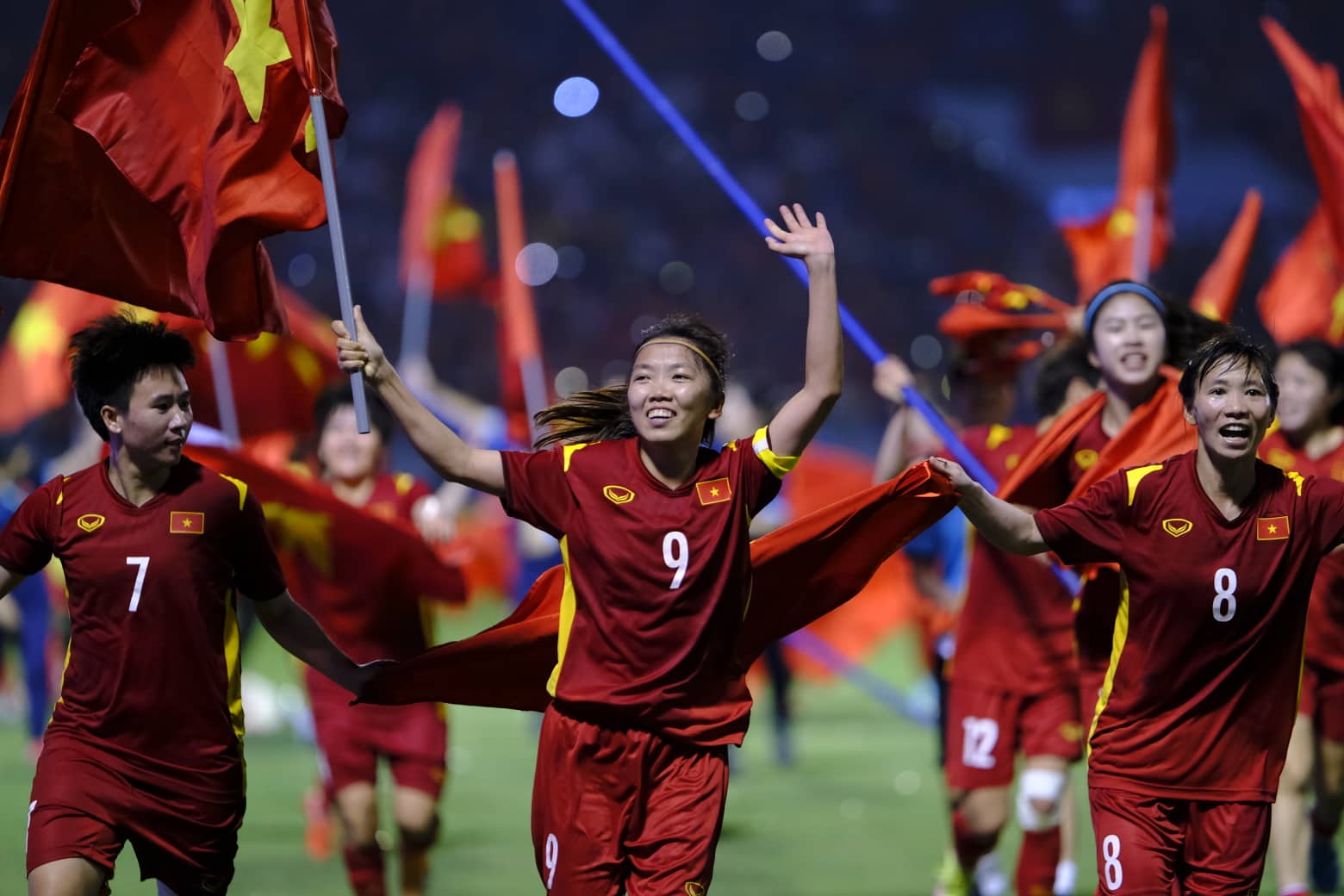 The Vietnam women’s football team have wrapped up their 31st Southeast Asian (SEA) Games campaign in style after grabbing a 1-0 victory against archrivals Thailand in the title match on Saturday night to successfully defend their gold medal at the region’s largest sporting event.

The game at northern Quang Ninh Province’s Cam Pha Stadium, which was fully filled with 16,020 spectators, was Vietnam’s ninth consecutive SEA Games final and the sixth in a row for Thailand.

After the hosts dominated in the first 15 minutes, Thailand started pushing forward.

No goals were scored despite many chances created by both sides in the first half.

Vietnam opened the scoring 14 minutes after the restart despite pressure from Thailand.

Duong Thi Van won the ball back in the midfield and made an excellent through ball for captain Cu Thi Huynh Nhu, who dribbled past Thai goalkeeper Waraporn Boonsing and finished cleanly to make it 1-0 for Vietnam.

After the opening goal, Vietnam kept pushing forward and increased pressure on Thailand.

The hosts almost doubled the lead in the 79th minute when Duong Thi Van won the ball in the midfield once again.

Van made a pass to Nguyen Thi Tuyet Dung to run down and face keeper Boonsing, who failed to catch the ball correctly, allowing Tran Thi Thuy Trang to get a tap-in, but her shot hit the post.

Thailand responded with a free kick in the 87th minute that forced Vietnamese goalkeeper Tran Thi Kim Thanh to clear with her right foot.

The remaining time was not enough for the Thai women to convert any efforts into a goal as Vietnam successfully defended their title.

This is the seventh time in history, and the third time in a row, that Vietnam have clinched the gold medal in women’s football at the SEA Games.

Earlier on the same day, the Philippines defeated Myanmar 2-1 in a thrilling comeback to snare the bronze medal, their first SEA Games medal in women’s football in 37 years.

The 31st SEA Games, which boast 526 categories in 40 sports, kicked off in Hanoi and 11 neighboring provinces and cities on May 12 and is set to last until May 23.