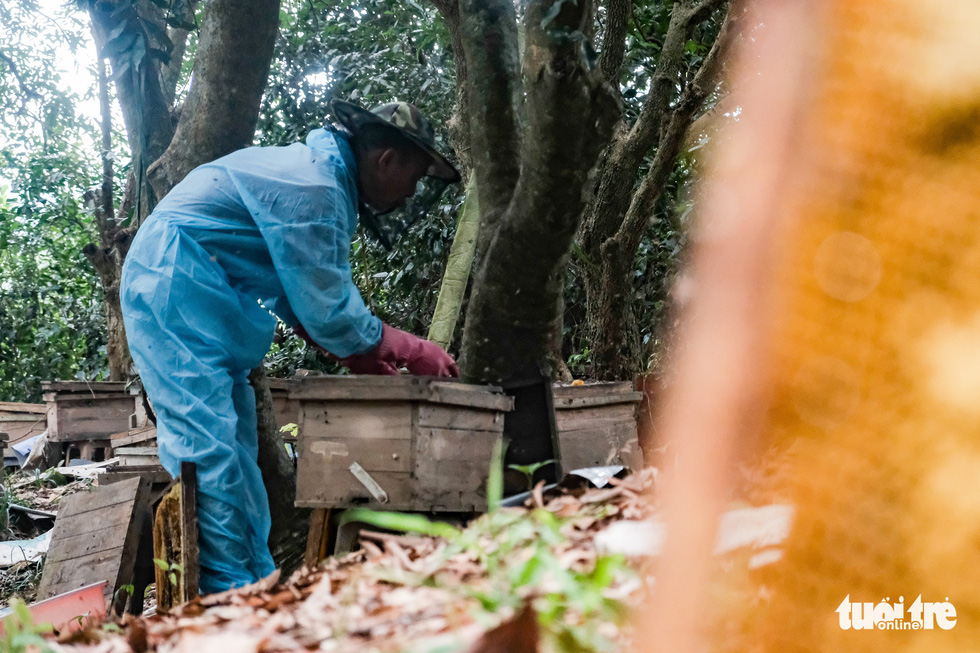 Buzzes from a honey collecting day in northern Vietnam

It was just another day as Vu Van Thai and his family members traveled to Hoa Binh Province, approximately 75 kilometers from Hanoi, to harvest fine-quality honey from their bee colonies, a routine they have done over the past three decades.

Around five that morning, Thai, a beekeeper for nearly 30 years, and his family members left their home in Ha Dong District, Hanoi, ready for a day’s harvest at their bee farm in Hoa Binh.

This is the year’s third and also last honey harvest, which typically starts in early July, three weeks after the second.

Thai said they are by and large on the move between the two localities when flowers bloom.

According to the veteran beekeeper, he and his family have their plates full with three harvest seasons, namely longan, apple and forest honey, during the year.

“As it is the forest honey season now, we’re transporting our swarms to forest edges where bees can suck irresistibly tempting nectar from the blossoms,” Thai said, adding the insects are moved back to Hanoi during the longan and apple seasons so that he can better tend to them.

“We collect about 300 liters of pure honey on average during each apple and forest honey season. The longan honey harvest, however, gives the lowest yields but the honey is the most sought-after variety,” Thai revealed.

As bees fail to pick up nectar in winter, they feed on an amount of honey they have produced during the year, he added.

Thai’s farm boasts more than 100 boxes of bees, with most of the insects coming from the wild and the rest bought from other keepers.

Thai said the job has brought great economic efficiency with handsome profits and low investment and overheads, with his family raking in more than VND100 million (US$4,291) in profits each year.