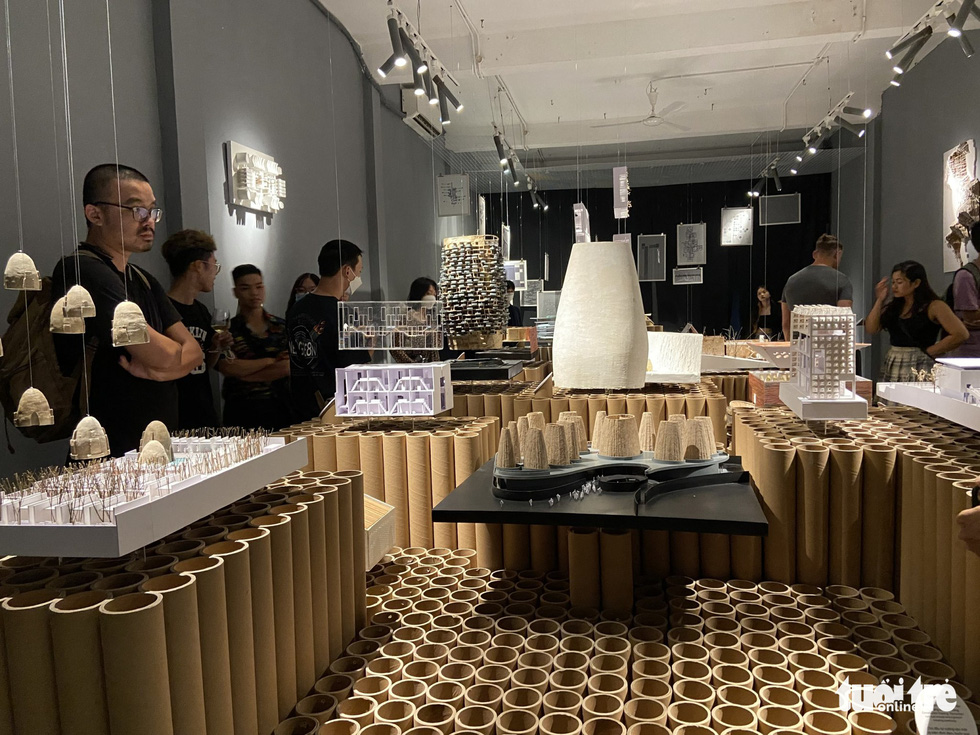 An exhibition in Hanoi recently attracted art lovers with its novel display of design ideas by local architects that were rejected by investors.

Exhibitions featuring successful design proposals that have been built have long been commonplace events for the wider public.

Nguyen Ha, a Hanoi architect, embarked on her own journey to go against the crowd's interests by showing 24 design models rejected by investors for a variety of reasons, some of which are rather amusing.

The exhibition is taking at Manzi Art Space on Hang Bun Street in Ba Dinh District, Hanoi, and will last until August 21.

Despite being rejected by investors, the architecture designs on display astonished other architects and art enthusiasts with their distinctive ideas that surpass standard architectural thinking.

According to the organizers, since these 24 designs have never been constructed, they represent original, unconstrained creative concepts of architects that were never influenced by requests for concessions and adjustments from other participants.

In this exhibition, visitors can also uncover endless humorous reasons why investors turned down architect designs.