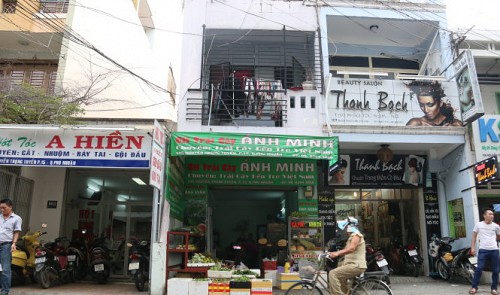 By the middle of next week, Ho Chi Minh City authorities will withdraw a house from a retired high-ranking official who has been found committing wrongdoings related to the state’s housing and land policies.

>> Vietnam withdrawing properties from ex-chief gov’t inspector over wrongdoings The retired official is Tran Van Truyen, 64, who is a former member of the Party Central Committee and the ex-chief of the Government Inspectorate. He retired in October 2011. The city People’s Committee on Monday issued a decision to take back a house from Truyen’s daughter, Tran Thi Bich Hue, at 105 Nguyen Trong Tuyen Street, Ward 15, Phu Nhuan District, before December 10. This decision makes null and void the city’s decision issued on June 6, 2011 on selling this house to Hue. The withdrawal is based on a directive shown in a press release issued on November 21 by the Communist Party of Vietnam Central Committee’s Commission for Inspection, providing a conclusion on the origin of the properties allegedly obtained through Truyen’s wrongdoings. This house was leased to Truyen in June 2004, and in March 2011 Truyen asked to purchase the state house from the local government, citing his family’s housing hardship, and the People’s Committee sold it to him in the name of his daughter, Hue. But the central inspection commission found out at that time that Truyen’s daughter already owned a high-class apartment in District 5, Ho Chi Minh City, while his wife owned a house in the city’s District 9. Through Truyen’s actions, the commission concluded that the retired chief government inspector had not been honest about his housing circumstances, and that the house, therefore, must be withdrawn from his daughter. In the above-mentioned press release, the central inspection commission said, “During his office terms as a central and local official and after retiring, Truyen carried out many wrongdoings in the field of housing and land. He had made insincere statements on his personal properties and asked land and housing authorities to make property-related decisions in favor of himself or his relatives.” Also based on the commission’s conclusion, the People’s Committee of the southern province of Ben Tre issued a decision dated November 19 to take back a land plot, at 598B5 Nguyen Thi Dinh Street in the provincial capital of Ben Tre City, which was unreasonably granted to Truyen in 1992.