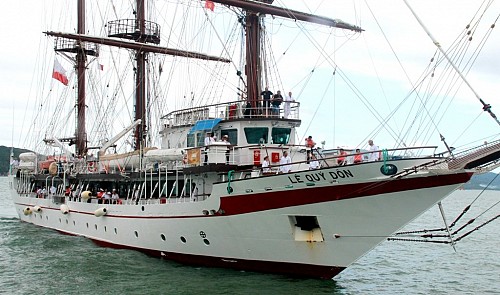 The first ship equipped with sails in the Vietnamese navy arrived in the south-central province of Khanh Hoa on Wednesday.

The sailing vessel 286-Le Quy Don, which will be used for several-day long offshore training and international exchanges, docked at the port of the Vietnam Naval Academy in Nha Trang City, Khanh Hoa.

The sailing ship, named after the Vietnamese philosopher Le Quy Don, was built in Poland on July 2, 2014 and launched on June 6, 2015.

It is outfitted with modern equipment and maritime technology, and can carry 30 sailors and up to 80 trainees for training sessions.

They crossed the Baltic Sea, North Sea, Atlantic Ocean, traveled through the English Channel to the Caribbean Bay, and sailed through the Panama Canal to the Pacific Ocean before arriving in Vietnam, Lt. Hieu added.

A ceremony is expected to be organized by the Vietnam People’s Navy in March to officially commission the sailing ship at the Vietnam Naval Academy. 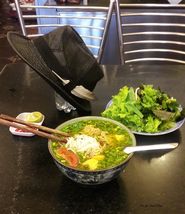 ​Great food on a budget in Da Nang (part two)