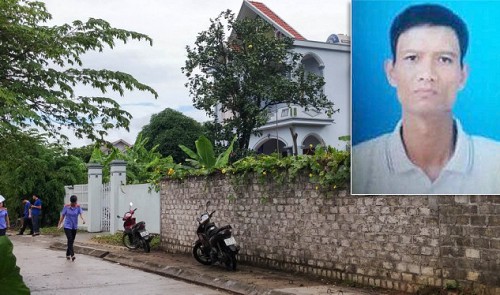 Police hunt for suspects in mass murder in northern Vietnam

Police in the northern Vietnamese province of Quang Ninh are hunting for two suspects in the recent murder of four family members, including a sexagenarian woman and her three grandchildren.

Doan Trung Dung, 45, from Uong Bi City, Quang Ninh, has been identified as the alleged prime murderer of the four victims, an official from the Ministry of Public Security affirmed on Sunday night.

A source close to Tuoi Tre (Youth) newspaper stated that aside from Dung, another suspect is also wanted by police officers.

All police units in the province have been tasked with hunting for the two suspects, with the assistance of officers from neighboring localities, including Hai Phong City.

According to the case file, Nguyen Thi Hat, 61, and her three grandchildren, Pham Dinh Hung, 9, Pham Thu Ha, 8, and Vu Khanh Huyen, 3, were found dead at their house, with many stabs on their bodies, on Saturday.

Vu Thi Thanh, Hat’s daughter and mother of Hung and Huyen, discovered the deceased at around 7:00 am after fishing her night shift and reported the case to local authorities.

Initial investigation showed that the suspects killed the victims in order to steal their possessions.

Another Tuoi Tre source said that they took Hat’s earrings and ring but VND30 million (US$1,349) in cash and a golden necklace, hidden in a wooden wardrobe, remained untouched.

Several fingerprints were also found on the doors of the closet.

D., Hat’s neighbor, recounted that two strangers wearing helmets and gauze masks approached her and asked for some information about the victims’ family.

The path leading to the residence is a newly built road, which lacks street lights and is often isolated at night.