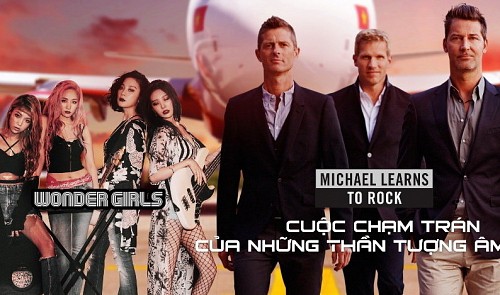 The concert, named Sky Connection 2016, will be held at Quan Khu 7 Stadium in Tan Binh District on December 21 in celebration of the fifth anniversary of local budget carrier Vietjet Air.

Concert organizers refused to disclose the amount of money spent on inviting the two groups to Vietnam at a press conference on Tuesday, but said they were “eager” to perform in the country.

Two popular Vietnamese singers Thu Minh and Son Tung M-TP will share the stage with the international artists, while ao dai collections by local designer Ly Giam Tien will also be showcased during the concert, according to organizers.

The concert will be broadcast live on the MTV Vietnam television channel.

“The show will feature the sky as its recurring theme, with the main stage designed to resemble a soaring plane that connects with the sky, the ground, people and their hopes,” creative director Nguyen Thanh Tung said at Tuesday’s press conference.

Michael Learns to Rock, also known by their abbreviated name MLTR, is a Danish soft rock trio who gained international success in the late 1990s with over ten million records sold.

The band is known for their famous hits The Actor, Sleeping Child, 25 Minutes, and Take Me to Your Heart.

Wonder Girls is a South Korean girl group that came to the public’s attention via their retro pop musical style and international hit songs Nobody, Tell Me, So Hot, and Be My Baby.