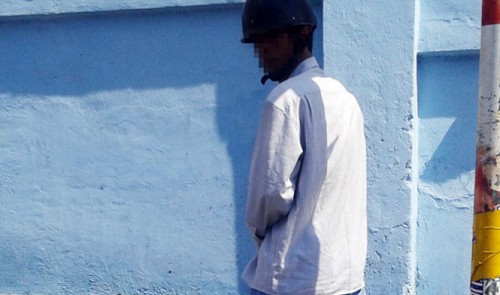 Vietnamese officials have decided to intensify a crackdown on public urination in the name of environmental protection.

Those peeing in public will be subject to higher fines, according to a new decree set to take effect next year.

However, skeptics still doubt the effectiveness of the new penalty.

People who are caught littering cigarette butts in public will be fined from VND500,000 ($22) to VND1 million, according to the new rule.

Those dumping garbage on sidewalks, roadways and into local drainage systems will be charged from VND5 million ($220) to VND7 million ($308), much higher than the current fine, which is only around VND400,000 ($17.5).

According to Ho Nguyen Le, a Vietnamese lawyer, the current law on environmental protection is not strict enough while Vietnamese tend to turn a blind eye to public hygiene.

Aside from encouraging people to protect the environment they live in, a stern penalty is a must to prevent any violation, Le said.

However, Pham Thi Hoang Anh, chief of the office of Healthbridge Canada in Vietnam, a non-profit environmental organization, asserted that the new fine is not so much of a deterrent.

According to Nguyen Huu The Trach, a lawyer, law enforcers should ensure fairness and clarity as they deal with offenders of environmental protection regulations.

Local residents should actively study the new rules to cooperate with officers, in a greater bid to conserve their surroundings, Trach said.

Another legal pundit stated that lawbreakers should also be required to do community service alongside a financial penalty.

Parents and adults in a community must strictly comply with the law to set good examples to their children, he added.