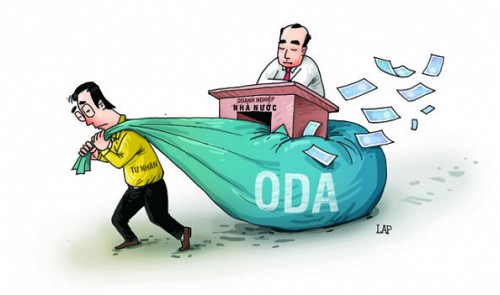 Vietnam’s government debt rises by over $17bn in 11 months

Vietnam’s government has borrowed a total of nearly VND400 trillion (US$17.86 billion) from both domestic and foreign sources in the Jan-Nov period of this year, the Ministry of Finance said in a recent report.

In the 11 months to December, the government had closed a total of 34 foreign loan deals, collectively worth $5.1 billion, while domestic debt, raised via almost 30 bond issuances, reached VND274.5 trillion ($12.25 billion), according to the report.

The bond-issued capital was 43.8 percent higher than during the same period last year, the ministry noted, adding that the bonds had an average term of just over 8.5 years.

The ministry said most of the bond buyers were commercial banks, a trend local financial experts said is normal given that credit institutions have strong liquidity and need avenues to place their abundant capital.

The finance ministry said in the report that some $3 billion in debt had been disbursed as of November 18, with the government earmarking a further $1.4 billion in debt repayments by the end of last month.