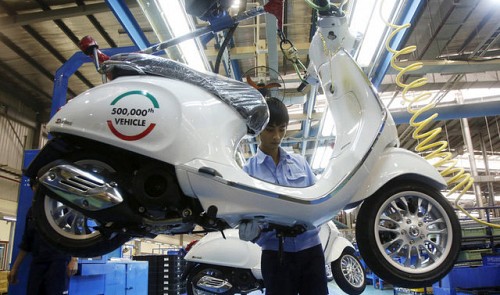 The ASEAN+3 region is expected to post moderate economic growth in 2017, with Vietnam among the regional economies able to remain resilient despite persistent volatility in global financial markets, a report shows.

The ASEAN +3 Macroeconomic Research Office (AMRO) on Thursday released its inaugural ASEAN+3 Regional Economic Outlook (AREO) 2017, an annual report on regional surveillance that assesses the macroeconomic outlook and financial stability in the region.

The report, the first of its kind to be released by AMRO, provides policymakers, the private sector and the broader public with in-depth analysis of regional developments and trends that can inform their decision-making, according to AMRO director Junhong Chang.

The report asserts that the ASEAN+3 region is expected to grow at 5.2 percent in 2017 with inflation under control, despite the global uncertainty. It also says growth of the two largest economies in the region, China and Japan, remains stable and robust, expected to anchor the continuing growth in the region.

“It is encouraging to see the ASEAN+3 region has been resilient going into 2017,” says Dr Hoe Ee Khor, AMRO chief economist.

“Under the current global environment, the region should prioritize financial stability while supporting growth with an appropriate policy mix, including targeted macro-prudential policy measures and sustained structural reform.”

According to the report, Vietnam, along with other regional emerging markets including South Korea and Malaysia, Indonesia, the Philippines, Singapore, and Thailand, known as the ASEAN-5, will “remain resilient even as volatility in global financial markets persists.”

In the meantime, such developing ASEAN economies as Cambodia, Laos and Myanmar will continue to grow and reap benefits from regional integration.

Vietnam’s economy expanded at 6.2 percent in 2016, compared to 6.7 percent in 2015, as agricultural production was adversely affected by a prolonged drought and increased saltwater intrusion, and mining and quarrying output contracted, according to the report.

Even though Vietnam’s GDP expansion slowed down to 5.1 percent in the first quarter of 2017, AMRO projects full-year growth to pick up slightly to around 6.4 percent, as agricultural production recovers and mining and quarrying output normalizes alongside sustained development in manufacturing and services.

The report also reviews Vietnam’s performances in the fields of monetary, credit growth and foreign exchange.

With the State Bank of Vietnam adopting a wider trading band for the dong since August 2015 and a daily fixing since early 2016, the Vietnamese currency has appreciated slightly against the U.S. dollar recently, whereas credit growth picked up to 18.2 percent in the final month of 2016.

The report also says Vietnam’s budget deficit remains sizeable, and likely stayed above 5 percent of GDP in 2016. “In this regard, it is welcome that a lower fiscal deficit of 3.5 percent of GDP has been set in the [Vietnamese government’s] budget plan for this year,” the report comments.

Meanwhile, Vietnam’s public debt is estimated to have increased to 63.7 percent of GDP in 2016, compared with the threshold of 65 percent of GDP.

The lawmaking National Assembly has recently approved the five-year fiscal plan and the medium-term public investment proposal for 2016-2020, which the report says is an encouraging signal as those plans “should help strengthen fiscal discipline going forward and reduce the pressure from rising public debt.”

Located in Singapore and equipped with a solid understanding of political, social and cultural norms of the people, AMRO is pledged to provide unique perspectives on the regional economies that are rigorous, independent, and complementary to its peer international organizations.

AMRO’s macroeconomic surveillance is focused on assessing risks, vulnerabilities and spillovers within and outside the ASEAN+3 region that may affect macroeconomic developments and financial stability of the economies.