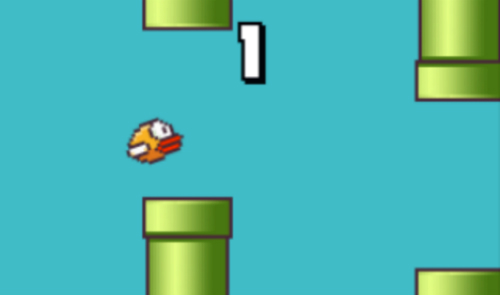 The rise and fall of Flappy Bird, spurred by the media

Before deciding to put an end to his beloved work, Nguyen Ha Dong, the Vietnamese creator of Flappy Bird, a top-downloaded game on Apple’s App Store and Google’s Play Store, tweeted that he would remove the game from the two app stores on Sunday.

On Saturday, Dong, nicknamed dongatory on Twitter, said “I can call 'Flappy Bird' a success of mine. But it also ruined my simple life. So now I hate it,” at 2:15 am before stating “I am sorry 'Flappy Bird' users, 22 hours from now, I will take 'Flappy Bird' down. I cannot take this anymore,” at 11:02 am. Undoubtedly, the international and local media played a very important role in promoting the game and its Vietnamese creator, but it is also the media that put pressure on Dong so that he finally decided to remove it and cut the media off, refusing further inquires. The news about the removal of the game stirred international media, as did the news that it became a top-downloaded game on the two stores and enabled the developer to earn $50,000 daily from in-app ads.

Media all over the world reported on the phenomenon, from the media of the developed world, including Reuters, USA Today, Los Angeles Times, The Independent (UK), and PC Magazine, to that in the developing world, like the Irish Times (India) and ABS CBN News (Philippines).

Reuters said “Many people have been questioning Dong on Twitter about his decision to take down the game as only a day earlier he had been talking about developing the game for Microsoft's Windows phones.”

“Dong could not be reached for comment. He had turned his telephone off after cancelling an interview with Reuters on Thursday and failing to finalize arrangements for one on Friday,” it added.

What Dong tweeted about his game’s legal status may be true.

He wrote, “It is not anything related to legal issues.” Reuters reported that “two friends of Dong said Nintendo had sent him a warning letter. However, the Japanese game maker said it was not considering a lawsuit.”

Two sides of a medal

Pham Hong Phuoc, a local information technology expert, told Tuoi Tre that there are many things Dong and many local young developers can learn from the incident.

“Posted to the App Store from May 2013, the game became well-known only since November 2013. The author insisted he did not use any promotional tools for the game,” he said.

“So, the addictive appeal of Flappy Bird is the simple elements and challenging factors: it is easy to play but difficult to win and always requires players to challenge themselves.”

“Many players commented that this is the hardest game they've ever played, and this game is not for those who are stressed and/or suffer from temperamental irritability and/or often lose their temper.”

The game creator tried not to reveal himself in public. Dong mainly communicated through his account on Twitter and mostly in English.

“But these days, after becoming so famous, alongside information about the profits that Dong obtained, people started talking about the risk of facing a copyright lawsuit because Dong does not have the rights to use graphics drawn from other developers for the game, especially Nintendo with Super Mario Bros. Then there is the possibility that the local tax agency may levy some tax on Dong’s income.”

“So, obviously, the fame the game gets has gone beyond the imagination of the creator. Dong said most games he developed simply take a few minutes to play on smartphones or tablets, and his only goal is to make the game fun yet difficult. With such simple thoughts, Ha Dong may have comfortably borrowed some graphics and ideas from popular games.”

“And this is the Achilles heel of the creator. Normally it does not matter, but once you become famous and earn huge profits, you will certainly be prosecuted for copyright issues regarding everything in the game, including the pictures, names, fonts, sound, and the programming codes.”

“Whether it was by accident or not, the game creator could be easily accused of borrowing ideas from two famous games, Angry Bird of Rovio and Super Mario Bros.”

As a result, Phuoc recommended that Dong remake the game after some time has passed. Instead of borrowing concepts, ideas, and graphics from other games, Dong could use some local images, like green bamboo.

“Hopefully, the lessons learned from the Flappy Bird controversy will teach positive values that motivate young Vietnamese generations on their career paths. It shows us that making things for the world market forces the maker to understand and comply with the world’s rules.”

Mr. Nguyen Anh Tuan, director of EPI Technologies company, said: “IT people often have a pretty simple and self-contained life: they just want to concentrate on their work and fulfill their passions.”

“It is clear that the media has too much influence on the life of the creator; removing the game will reduce this pressure.”

He begged of the media: “But please, do not quench Dong’s passion or make the fledgling IT industry of Vietnam scared of success."