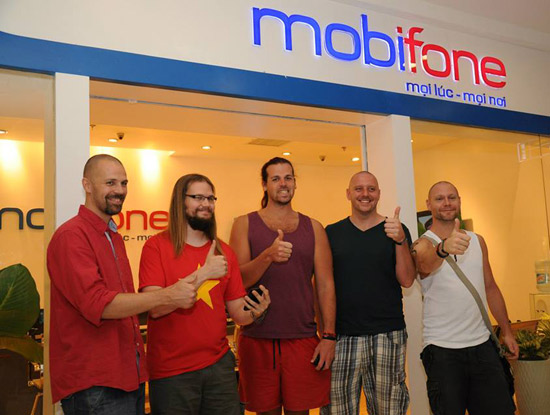 MobiFone to split from VNPT for IPO

MobiFone, Vietnam's second-biggest mobile network operator, will be separated from state-owned Vietnam Posts and Telecommunications Group (VNPT), and its plan for initial public offering will have to be submitted to the government by the end of 2014, said the government.

After being approved, the plan will come into life, which will result in MobiFone’s share sales to the public soon afterwards.

The MobiFone’s listing has been waited for years after the government announced its plan to shore up earnings for the state budget and restructure many state-owned corporations via the equitization. The $2.7 billion listing of national carrier Vietnam Airlines is expected to be conducted in September this year, as part of the plan.

As the local telecom market heats up with fiercer competition from military-run Viettel Telecom, the country's biggest mobile network operator, the government’s came up with the plan to hive off Hanoi-based MobiFone from its parent VNPT under the Information and Communications Ministry to increase its competitiveness.

As MobiFone’s earnings accounts for 50-60 percent of VNPT's annual revenue, the separation and equitization of MobiFone aims at forcing VNPT to step up investment and expansion of its  develop current business lines, like multimedia services and information technology, and its own mobile network VinaPhone.

In 2012, MobiFone and VinaPhone made up 21 percent and 20 percent share of Vietnam's 131 million strong mobile phone market, respectively, while that of Viettel Telecom was 44 percent.

Earlier this year, many local experts urged that MobiFone, should be separated from its parent company VNPT, which is also the operator of Vinaphone – MobiFone’s rival in the market.

The two said mobile operators, along with military-run Viettel, are dominating the country’s telecom market with nearly 95 percent market share.

But paradoxically, all of these three players of the competitive market belong to the government, which holds a 100 percent stake at each business. Moreover, even though they are rivals, MobiFone and Vinaphone are under the same umbrella as they both belong to VNPT.