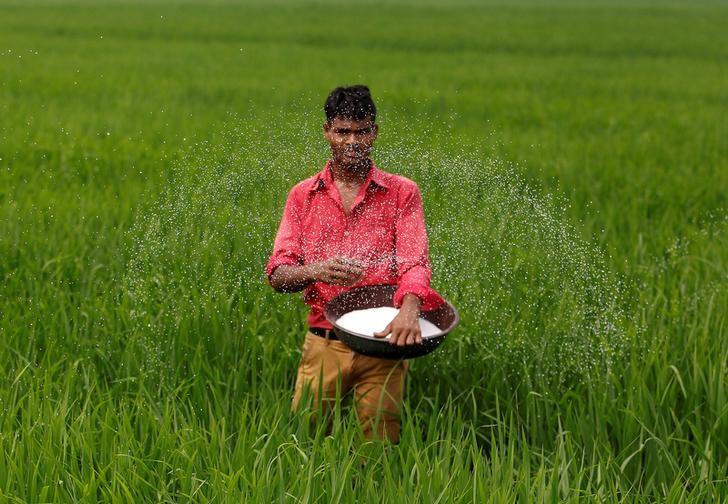 Rice export prices extended its upward trend in India on a stronger rupee, while Vietnam rates were stable amid a subtle market on low demand, traders said on Thursday.

India's 5 percent broken parboiled rice prices RI-INBKN5-P1 rose by $7 per tonne to between $382 and $387 a tonne this week, as gains in the rupee forced exporters to raise prices despite sluggish demand.

"Export demand is very weak, but we have to raise prices to offset the impact of a strong rupee," said an exporter based at Kakinada in the southern state of Andhra Pradesh.

The rupee has risen 5.6 percent so far this year, and is trading near its highest level in 20 months. A strong rupee trims returns of exporters.

"In local market, paddy supplies are falling from summer-sown crop. In the next few weeks, winter crop will start arriving and local prices may soften," said a Mumbai-based dealer with a global trading firm.

India, the world's biggest rice exporter, mainly exports non-basmati rice to African countries and premier basmati rice to the Middle East. Its rice output could rise by 4.3 percent to a record high of 108.86 million tonnes in 2016/17.

"Abnormal rain in some harvesting areas has affected rice quality, but not too seriously," said a Ho Chi Minh-based trader.

Vietnam's rice exports are expected to plunge 23.9 percent annually to 1.19 million tonnes in the first quarter, after the grain shipments dropped 26.5 percent in 2016 due to lower output caused by climate changes, the government said.

Thai's rice market is closed for a national holiday on Thursday.