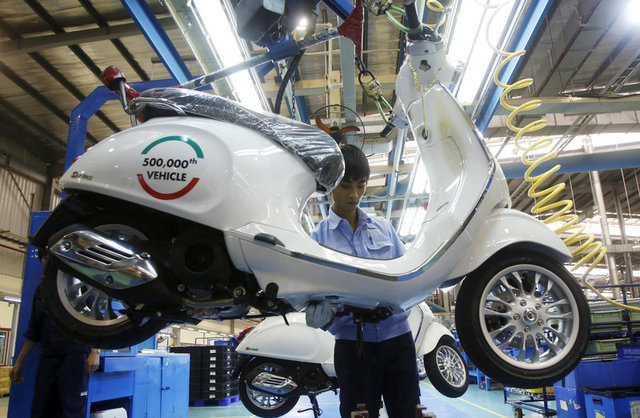 Vietnam’s inflation is expected to be higher than projected in 2017, while the country’s economic growth is likely to fall behind its target, market research firm MarketIntello has predicted.

MarketIntello expects Vietnam’s inflation to reach 4.3 percent and the economy to expand at the rate of 6.1 percent in 2017, the company said in its “Vietnam Macroeconomic Report – Q1/2017” released on Monday.

The Vietnamese government set a total GDP growth goal of 6.7 percent and an inflation target of four percent for 2017.

Vietnam’s economic expansion slowed to 5.1 percent in the first quarter, which the MarketIntello report attributed to the contraction of the local mining industry, slowing investment and a rising trade deficit.

Inflation was also trending upward but there were signs of it flattening out. Vietnam’s consumer price index had surged by 4.65 percent year-on-year to the end of March, higher than the government's 4-percent target.

Core inflation remained stable, in tandem with a declining money supply since December 2016, according to the report.

The report also pointed out that Vietnamese interest rates should stabilize in 2017 and that the VND/USD exchange rate should increase by around 1.5-2 percent.

During a meeting on Monday, the Standing Committee of Vietnam’s lawmaking National Assembly conceded that Vietnam’s economy would grow at 6.3-6.5 percent in 2017, slightly behind the 6.7 percent target.

Headquartered in Hanoi and with a branch office in Ho Chi Minh City, MarketIntello is a market research company with a focus on Vietnam. The company delivers market research reports for Vietnam and the whole Asia region.

As part of the company’s series of monthly market research publications for Vietnam, the “Vietnam Macroeconomic Report – Q1/2017” also recaps the performance of the world’s biggest economies, including the U.S., the Eurozone, China and Japan, during the first quarter of the year.