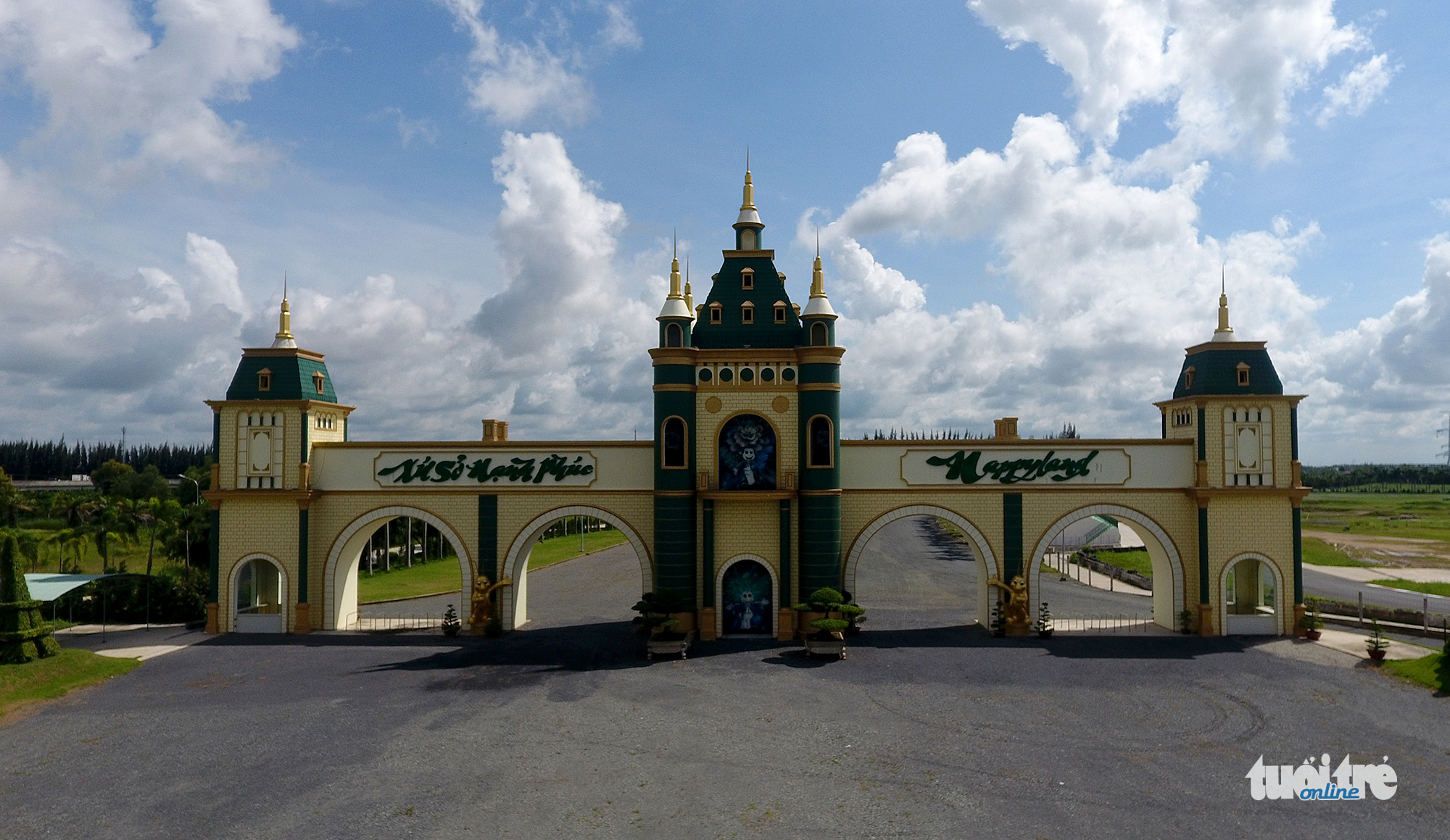 Construction of the US$2.2 billion Happyland project, located in Thanh Duc Commune in Long An’s Ben Luc District, began in 2011.

Its developer Phu An JSC, a subsidiary of Khang Thong Group, had expected the park to be completed in just three years, opening in 2014 as the largest entertainment complex in Southeast Asia with a combined area of nearly 1,000 hectares.

The park stretches 3.7 kilometers along the Vam Co Dong River in Vietnam’s Mekong Delta region and had been poised to host a range of world-class attractions, among them Disneyland and Universal Studio, upon its completion.

However, Happyland has yet to be opened to visitors as of 2017, with many unfinished facilities abandoned in the early stages of their construction.

With its heavily indebted developer having no money left in their account, the administration of Long An Province has ordered a distraint of the project.