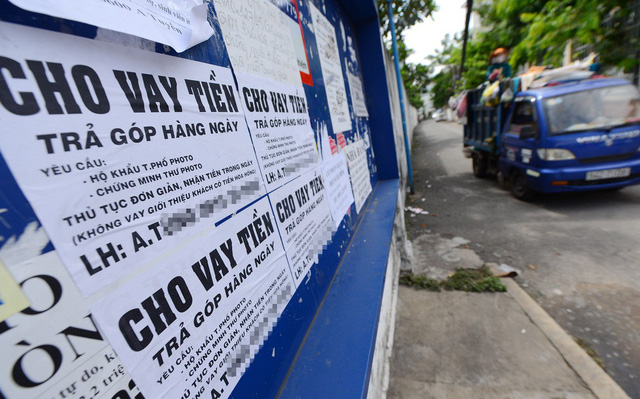 ​Vietnam’s shadow economy is bigger than you think

Vietnam’s shadow economy accounts for 25-30 percent of the country’s gross domestic product (GDP) and provides jobs for approximately 57 percent of its workforce, according to a recent study by Fulbright University Vietnam.

Vietnamese Deputy Prime Minister Vuong Dinh Hue has called on the Ministry of Planning and Investment to develop a report on the country’s shadow, informal, and illegal economies.

A plan to collect the related statistics is slated to be put into action later this year with the primary goal of offering a deeper insight into the size of Vietnam’s economy so that lawmakers can adopt suitable policies toward this crucial economic sector, said Do Thien Anh Tuan, an expert from the Fulbright Economics Teaching Program.

The coexistence of shadow and formal economies in developing nations such as Vietnam is a long acknowledged fact of life, according to Tuan, who shared his thoughts on the issue with Tuoi Tre (Youth) newspaper in a private interview.

“A common trait of underground economies is that they involve economic activities not categorized, listed, accounted, monitored, or administered by the state. In many cases, ‘shadow’ does not necessarily mean illegal,” he explained.

The rise of Vietnam’s shadow economy

“A sophisticated but obscure legal system is among the primary reasons why shadow economies prosper. To put it simply, people naturally find ways to dodge the law if it’s too troublesome for them to obey,” Tuan said.

In a sense, he said, a shadow economy can often act as a safety net for a country’s economy as it can serve as an excellent absorber of economic shock.

This informal sector has an inverse relationship to the overall economic growth of a country. The healthier a country’s economy is, the more its shadow economy will shrink.

According to the latest studies, Vietnam’s underground economy made up 15.1 percent of its GDP during the 1991-2015 period.

During the peak of Vietnam’s recent economic expansion, that proportion teetered around 25 percent, Tuan pointed out.

Currently, the underground economy accounts for 25-30 percent of Vietnam’s GDP and involves around 57 percent of the country’s total workforce, Tuan said, citing statistics from a recent study published by Fulbright University Vietnam.

“The next question one would like to ask is whether the business environment favors current corporate policies. Higher taxes tend to make way for informal transactions and encourage people to elude their tax duties by joining the underground sector,” Tuan explained.

There is no better way to shrink the shadow economy than ensuring an efficient and transparent administration of financial responsibilities where corporate rights are well protected, he said.

A cashless economy also helps constrain the growth of the informal sector as it abolishes the primary means of payment among underground economic relationships, the Fulbright expert added.

“And then there’s always the human factor. One’s skills tend to decide how they participate in the labor market. When you are a skilled worker, you’re less likely to confine yourself to informal working conditions,” Tuan said.

The final factor is a country’s law-abiding culture or, in Vietnam’s case, a lack thereof.

Vietnam boasts a vibrant ecosystem of economic relationships on its streets, where family-run businesses and hawkers earn their living unbothered by economic administrators.

However, this ease of doing business has been at the expense of the people’s understanding of the law and their willingness to meet legal obligations, Tuan asserted.

According to the economic expert, the government’s plan to put its non-observed economy under the microscope is expected to shed new light on the 10-15 percent of Vietnam’s GDP that currently goes unaccounted for in the country’s official statistics.

The next step would be to take the underground economy into consideration when developing Vietnam’s future macroeconomic policies to ensure inclusive growth for the entire population.

“The informal sector is responsible for millions of jobs created by Vietnam’s transitions between economic models. Not considering this sector in the country’s growth policies would be a major shortcoming,” Tuan said.