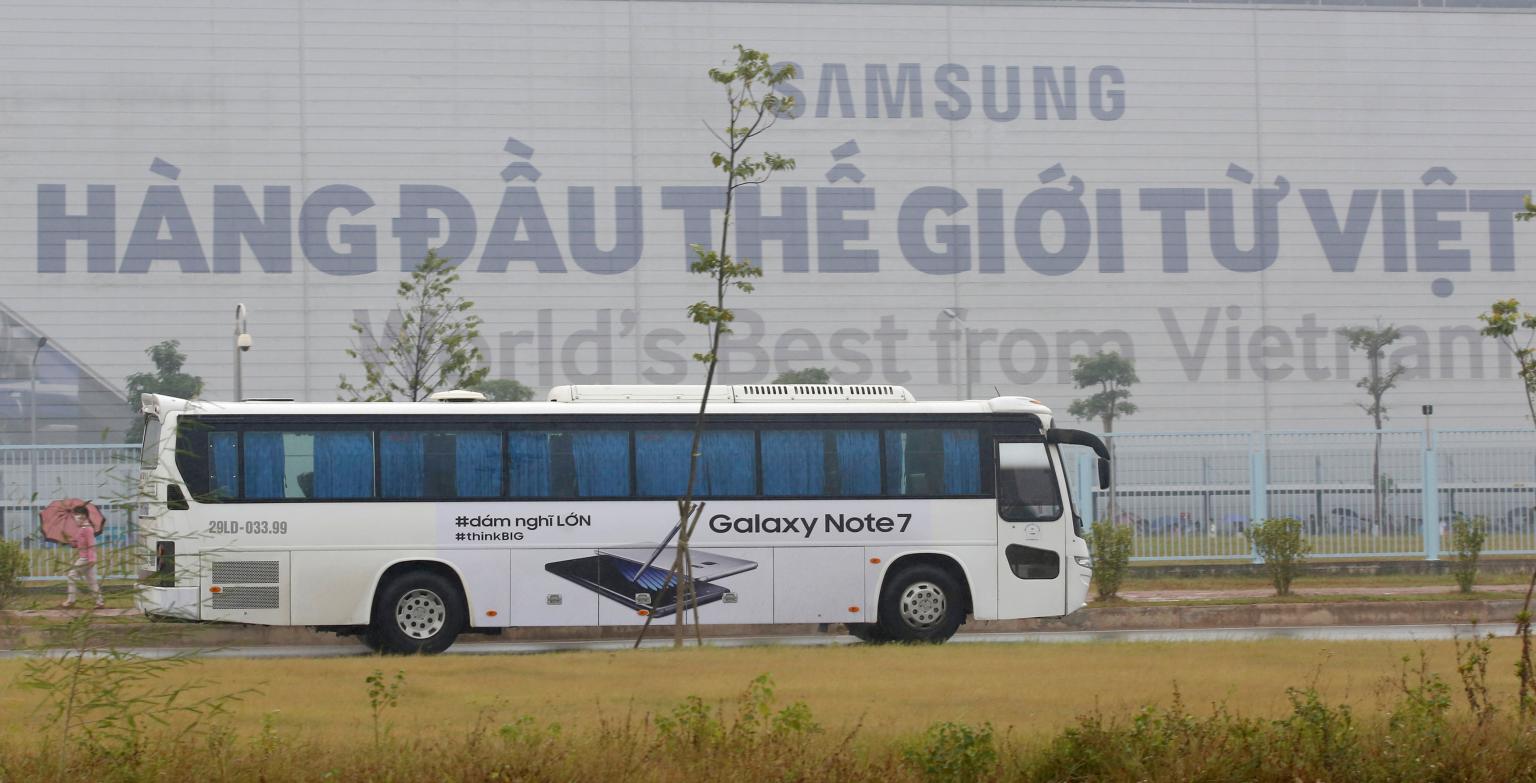 Samsung will recruit more Vietnamese employees and develop electronics in smart cities in Bac Ninh province and other places, according to a statement posted on the government’s website.

Samsung is the largest foreign investor in Vietnam and accounts for around a quarter of the country’s total export revenue.

Phuc told Koh that Vietnam is always willing to create the most favorable conditions for Samsung to develop in the country, the statement said.

Samsung has invested $17.3 billion in eight factories and one research and development center in Vietnam, turning the country into its largest smart phone production base, the government said.