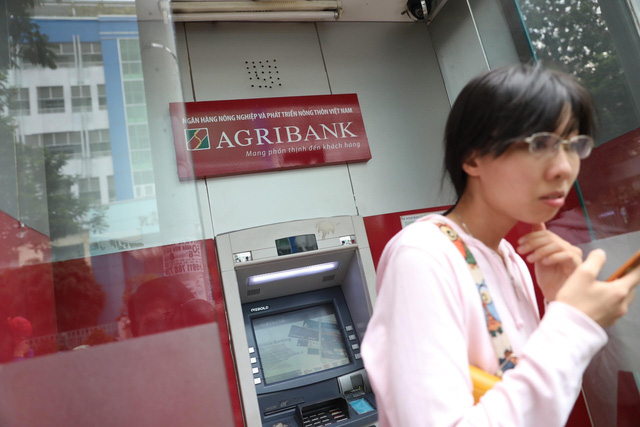 With several local lenders raising fees for cash withdrawals at ATMs, the State Bank of Vietnam is stepping in to slow the ‘fee hike’ race.

The central bank requested on Wednesday that Agribank, Vietcombank, and Vietinbank postpone recently announced plans to elevate service fees for ATM cash withdrawals, even at ATMs run by these same banks.

The three credit institutions collectively have about 38.73 million ATM cards in circulation, accounting for over 50 percent of Vietnam’s total.

Both Agribank and Vietcombank have announced plans to increase their ATM withdrawal fee to VND1,650, including tax, per transaction, while Vietinbank planned to set the after-tax fees at VND2,200 and VND1,650 per transaction, depending on each type of account.

The current charge at these banks is only VND1,000 per transaction.

Even though these new fees are still below the ceiling of VND3,300 per transaction set by the State Bank of Vietnam, the central bank has decided to intervene and mitigate a public backlash.

“Lenders should ensure transparency in applying any new fees, and are required to let customers know why such increases are necessary,” a representative of the central bank told Tuoi Tre (Youth) newspaper.

The central bank also requested that credit institutions balance their benefits with customers’ rights and interests, to create harmony between service providers and service users, the source added.

An official from the Vietnam Banks Association also said banks should take reactions from the society and media into consideration before announcing any service fee increases.

“On top of that, the quality of ATM service should be improved in accordance with the higher fees,” he added.

Shortly after the central bank issued its order, Agribank announced it will delay the application of the new withdrawal charge, initially scheduled for May 12, to “another appropriate time.”